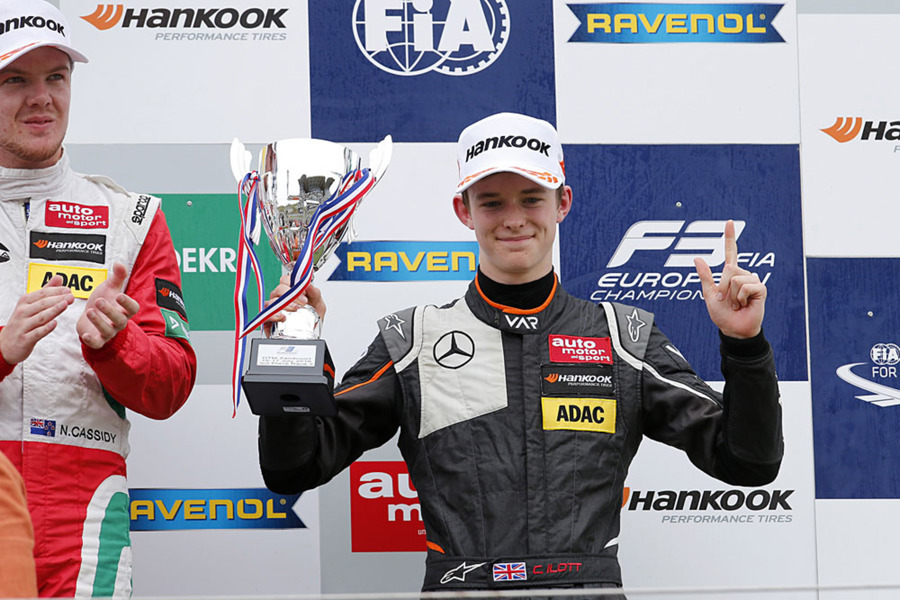 Normally we cross half Europe to reach the next event of the FIA F3 European Championship, now we arrived at the 6th round of the championship in just over an hour. At Zandvoort it was a ‘coming home’ for Van Amersfoort Racing. We welcomed a lot of partners and friends during the weekend and collected six point-scoring-results including a third place by Callum Ilott.

Circuit Park Zandvoort is one of the old school racing circuits in the world. Molded between the dunes near by the North Sea makes it already quite unique. The layout of the track does the rest; Zandvoort is technically complicated, tricky and fast. Definitely not an easy one for the young F3 guns, considering qualification is key since overtaking is basically impossible because of the dirty air coming of the car in front.

After the starting lights for race 1 faded, Callum got tangled between Prema drivers Nick Cassidy and Maximilian GÃ¼nther, allowing championship leader and Prema driver Lance Stroll plus Alessio Lorandi to pass him. It motivated our Briton to battle for fourth position with GÃ¼nther for the entire race, often diving into the gearbox of his opponent while looking for ways to pass. Eventually the Briton settled for fifth. Anthoine crossed the line in ninth position after a decent race, collecting valuable championship points. Brazilian Pedro made up two places from 15th position in 13th spot, while Harrison completed the race in 19th position.Â

Just that little bit of wheel spin at the start made that pole sitter Callum had to settle for third after the Tarzanbocht. He tried the cut back on the exit of this famous 180 degree turn, but lost out on momentum to keep his opponents behind. Nevertheless the Briton collected his fifth podium finish of the season, giving our squad a nice podium result on home soil. Anthoine crowned a faultless performance - starting from and finishing in fourth - with another encouraging result. Harrison went from 14th at the start to 12th after 23 laps, showing his progress in getting to grips with Circuit Park Zandvoort, while Pedro scored a decent 15th place.Â

Callum made the most of the final race at Zandvoort. Optimum focus at the start was rewarded with a one position win; from seventh to sixth. The Briton looked for the boundaries of grip in the hunt for a top 5 finish, resulting in a big slide and an equal save towards the end of this third race. With three point scoring results Callum is still in the top 3 of the championship standings.Â

Also Anthoine managed to win a position at the start, giving him his third top 10 finish of the weekend and the sweet taste of grabbing the last championship point. Our French F3 rookie is closing the gap in the standings and working his way into the top 10. Both Harrison and Pedro graduated for their Zandvoort exam this final race, showing excellent lap times without making a scratch on their Mercedes-Benz powered Dallaraâs. A good ending towards the second visit to our home track at the end of august. But first another iconic track awaits: Spa-Francorchamps in the last weekend of July.