It all started in 1975. It has not been always easy. There has been highs and lows. But we have been faithful to the nature of our engagement. Building a strong racing team do in fact requires passion and dedication, in order to establish a tradition that you can be proud of. And moreover, attract dedicated people: engineers, mechanics, drivers, commercial partners. Here's a quick hovering of our history. 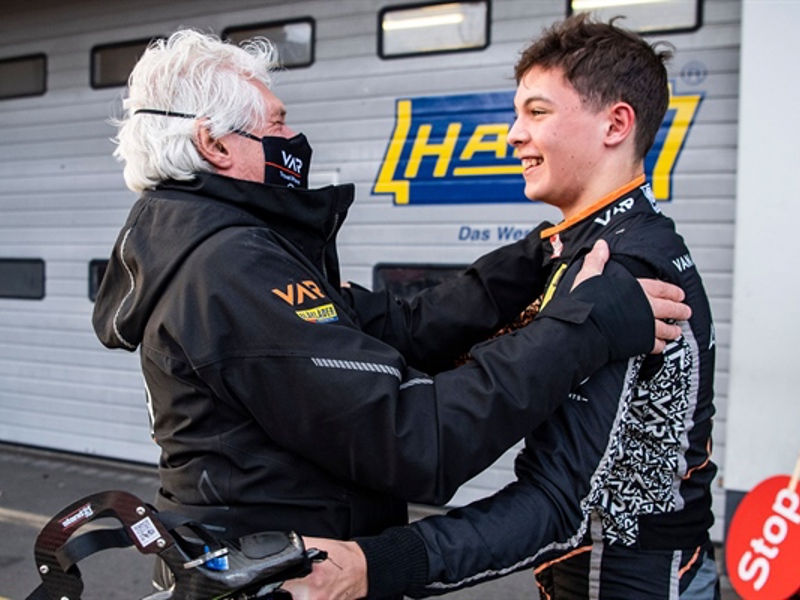 Oliver Bearman won both the German and Italian F4 Driver Championships in 2021, with Van Amersfoort Racing claiming the teams' championship and the Rookie Championship in both series as well. 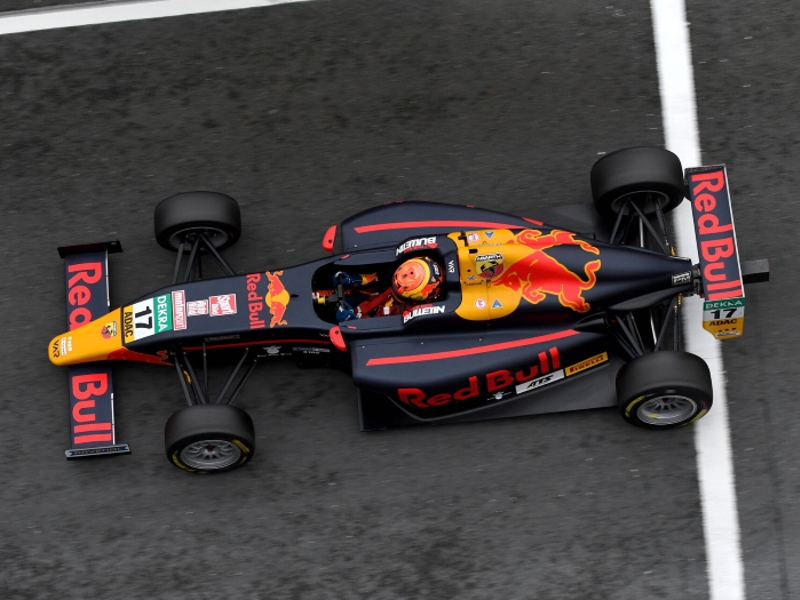 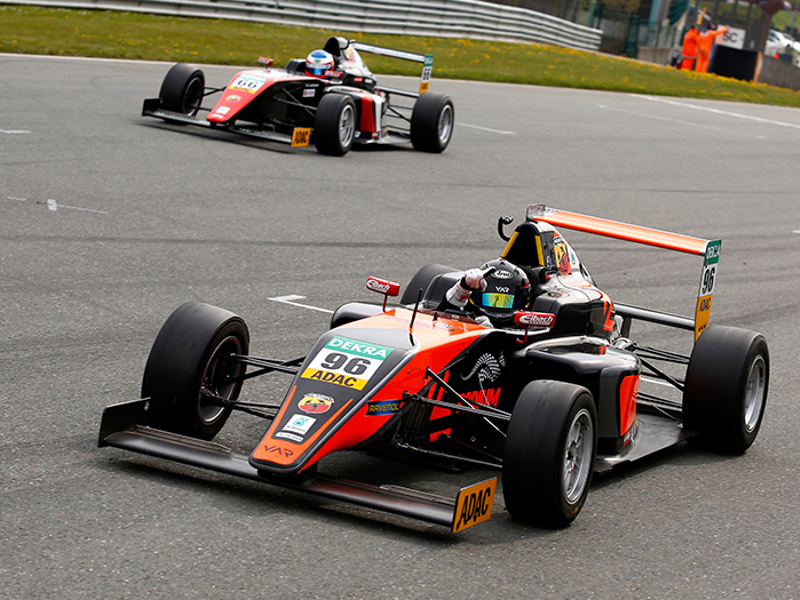 In his second season with the team in the German ADAC Formula 4 championship, Sydney-born Joey Mawson - already 3rd in his rookie season in 2015 - managed to clinch the series title with one of the most impressive record. The Australian 2016 champion earned seven (7) poles, ten (10) wins, sixteen (16) podium and nineteen (19) Top-10 finishes. 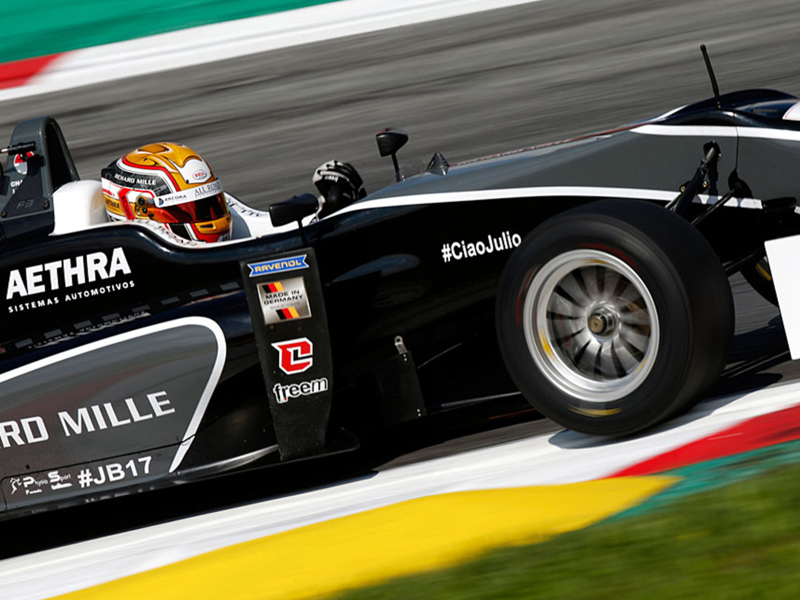 In 2015, now Scuderia Ferrari Formula One team driver Charles Leclerc, was the FIA Formula 3 European Championship Rookie Champion with VAR, taking 4 wins and 13 podiums. His 2015 season was rounded off with a fantastic 2nd place in his debut at the Macau Grand Prix.

In 2015, Mick Schumacher, son of seven-time Formula 1 World Champion Michael Schumacher, started racing in formula classes for the first time with Van Amersfoort Racing in the inaugural season of the ADAC Formula 4 championship. The German racing driver immediately won one of the races in the first weekend of the championship. Schumacher now competes in F1 with Haas F1 Team. 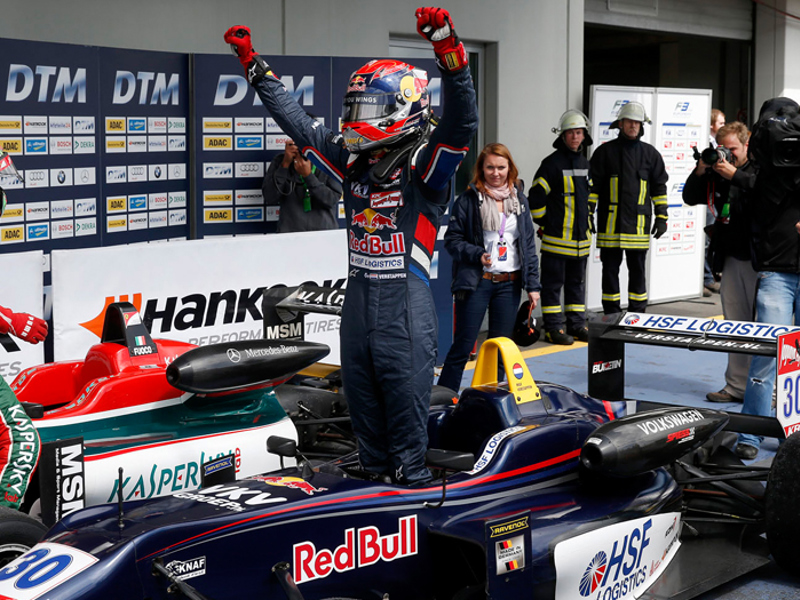 Following in the footsteps of his father, Max joined VAR & was an instant success straight from Karting. Against a talented & experienced field of 28 drivers, Max won a total of 10 races, winning 6 races in a row at Spa & the Norisring to finish 3rd in the championship. Having become part of the Red Bull Junior Team mid-way through the season, Max joined the Formula One grid with Scuderia Toro Rosso for the 2015 season, before graduating to Red Bull Racing in 2016. 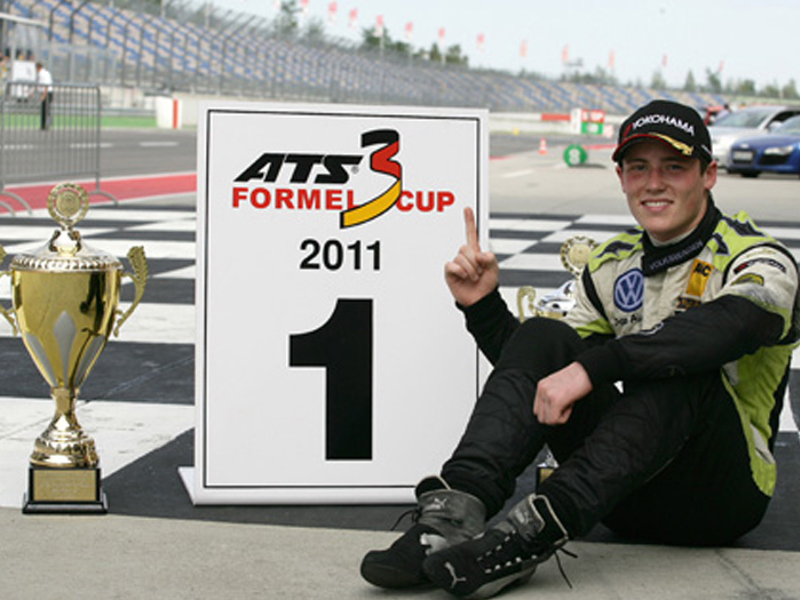 2011 was undoubtedly VAR’s most successful season in the ATS Formel 3 Cup, with Kiwi Richie Stanaway taking 13 wins from the 18 races. Richie took a win at every round of the season, dominating the championship and only finished off the podium in 2 races. Following an unfortunate incident the following year in Formula Renault 3.5, Richie's since recovered from his injury and continues to move up the junior ladder. He has since joined the WEC championship. 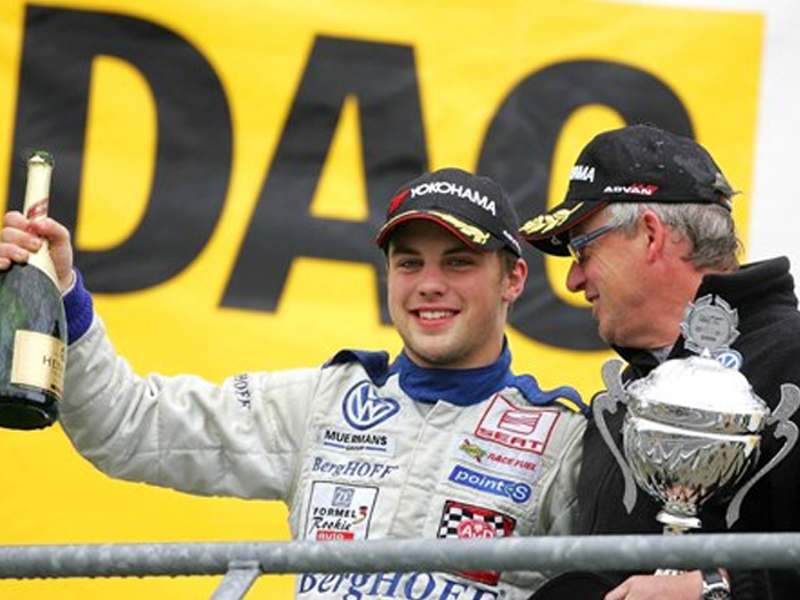 In 2008, Laurens made the unique step of jumping from Karting to Formula 3, at the age of just 16. Earning a podium in his third race, he went on to win 2 races in the season. 2009 marked one of VAR’s most successful years in F3, with Laurens winning the ATS Formel 3 Cup championship with 11 wins and VAR having a driver on the podium in every race; with Stef Dusseldrop as his teammate, who took 2 wins himself. He since raced sportcars in the Blancpain Endurance Series. 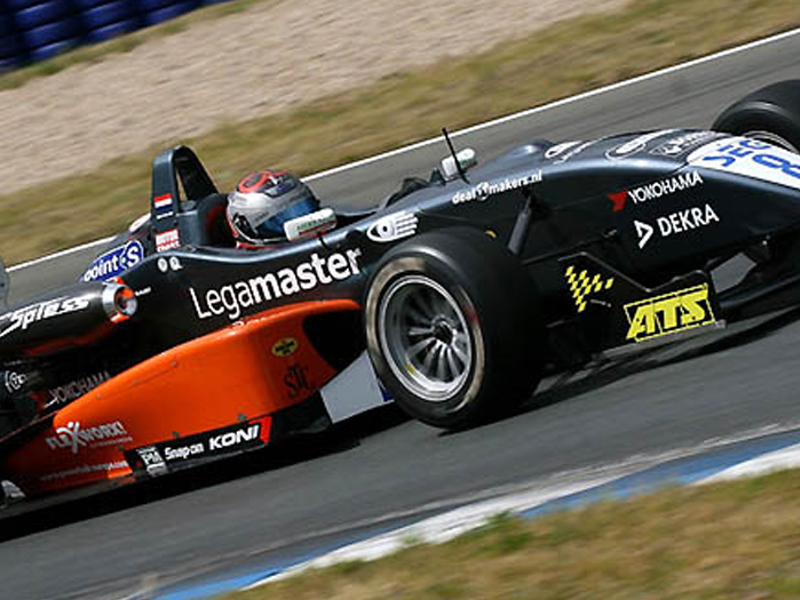 In 2004, Carlo made his debut for VAR in the Dutch Formula Renault championship, showing early signs of being a fantastic driver. In 2007 he returned as an experience driver, and went on to take 9 victories, 10 pole positions and 16 podiums; taking the ATS Formel 3 Cup championship with ease. 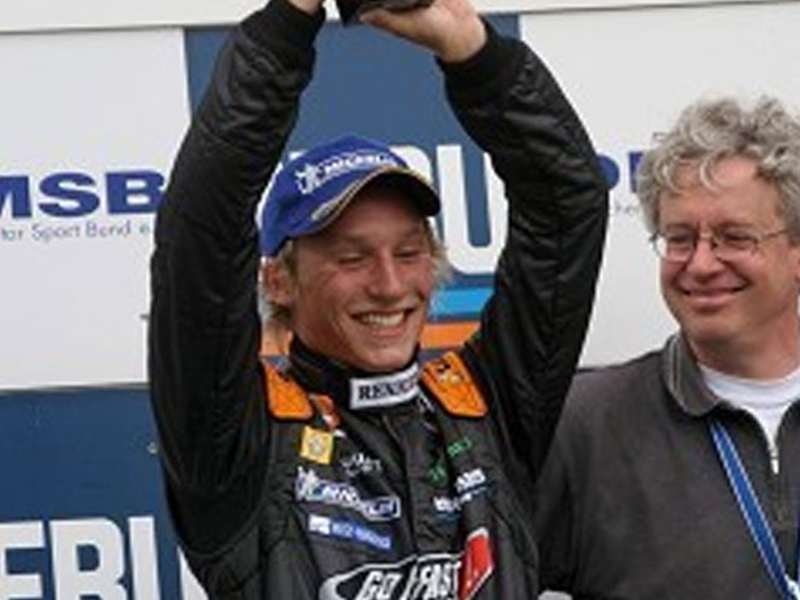 2004 marked Renger’s debut season in cars, following a successful karting career. Following a tough debut in 2004 in Formula Renault 2.0 Netherlands, Renger did his homework in the winter and came back in 2005 reborn. His first victory came in the Masters weekend, with him going on to win 4 races in total during the season and taking the championship by 51 points. In the years since Renger has competed in DTM and GP2, and he’s now a success in the TUDOR United SportsCar Championship. 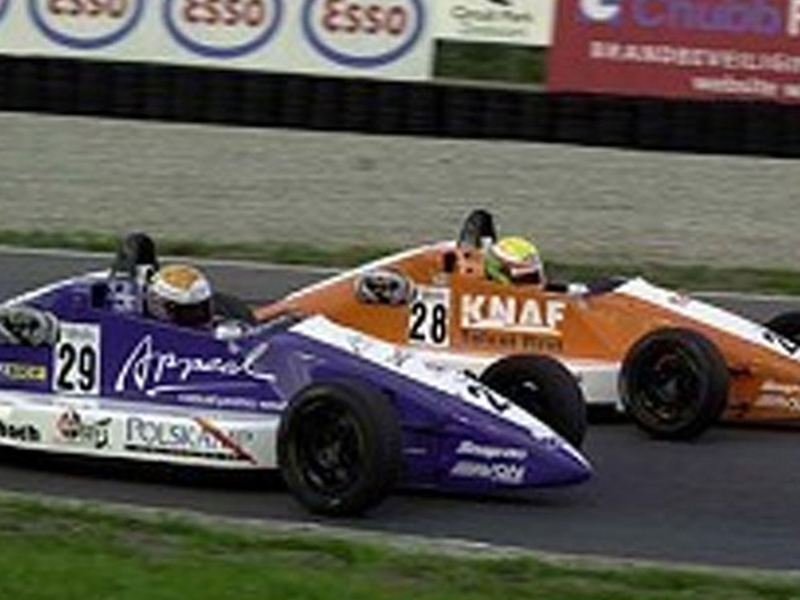 The 2001 season marked the return of VAR at the national level in the Formula Ford 1800 championship, with Jaap winning 1 race in his first season. Jaap then went on to race our Opel Dallara at the Marlboro Masters in 2002, racing against an experience field and gaining valuable experience. He went on to race in the WTCC, Porsche Supercup and at Le Mans in 2011. 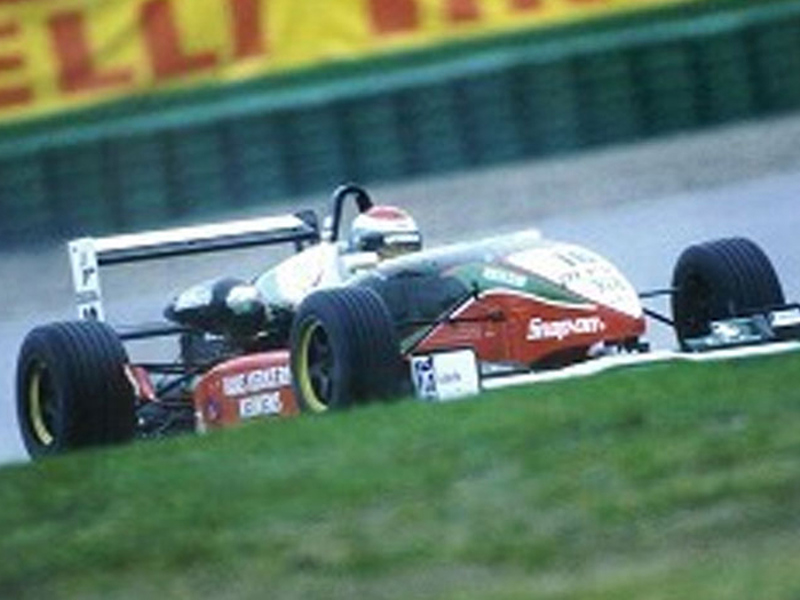 If anyone has been a success at VAR, it’s Leinders. Bas raced for us in ‘96 in the Formula Opel Euroseries winning 8 races and the championship, and then once again in 1997 in German Formula 3, finishing 7th with only bad luck stopping a victory. In 1998 however, we witnessed our most successful season, with Bas taking the championship and VAR becoming the first Dutch team to win such a highly regarded championship. 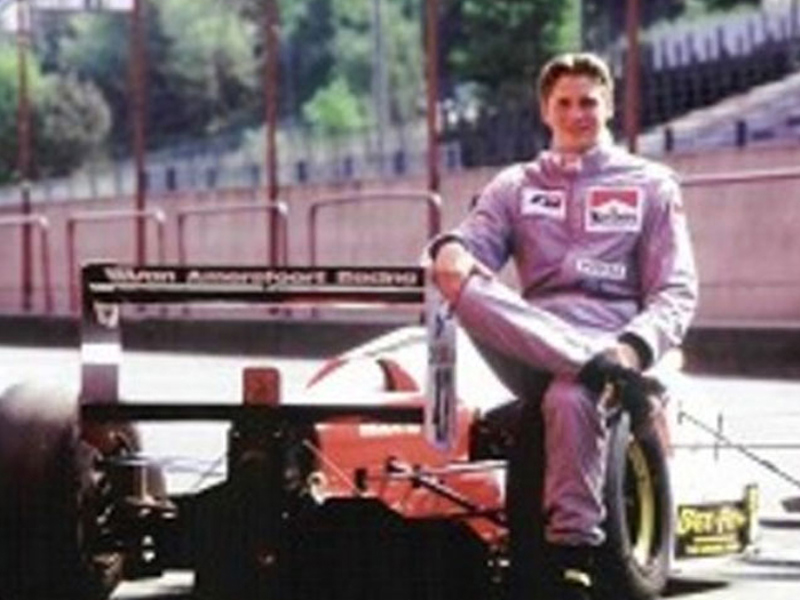 In ‘98, Albers was unknown to many, despite winning the Formula Ford championship in 1997. Christijan raced for us in the German F3 championship, finishing 3rd in his very first F3 race that year at Hockenheim; going on to record two wins during the season and finishing 5th in the championship. He went on to have a successful career, racing in Formula One, DTM and at Le Mans. 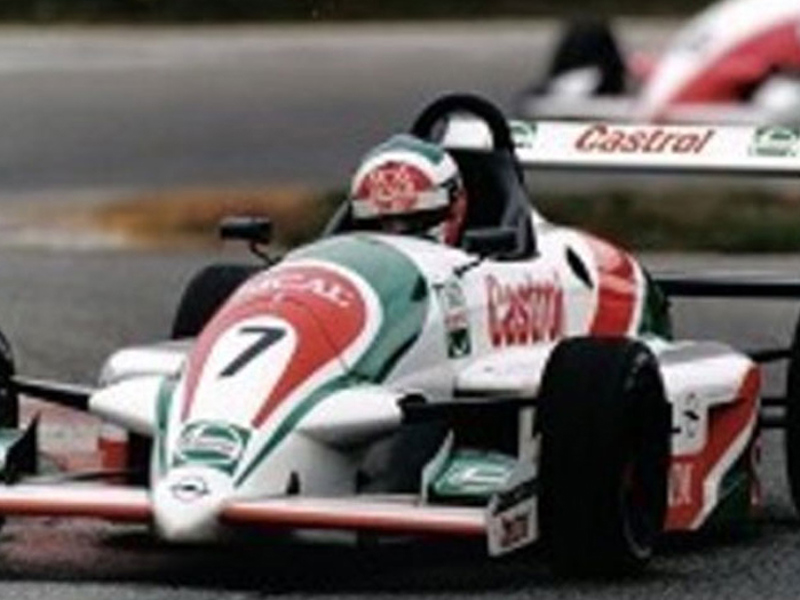 In 1995, Portugese Manuel Giao raced for VAR in the Formula Opel Euroseries. After a successful season, Manuel finished runner up at the last minute, beaten by Jason Watt, who was racing for our colleagues at AR Motorsport from Haarlem. His career was very pleasing on the eye, but the season was sometimes characterized by the overly warm-blooded actions of Manuel. 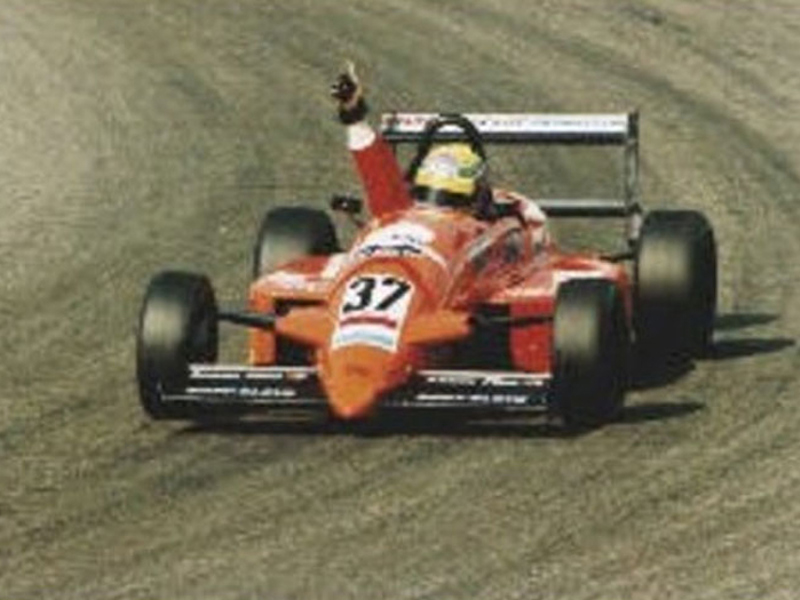 Tom moved to the team following championship wins in both the Dutch Touring Car and the Dutch Formula Ford championship’s. In ‘94 he had a very successful year for VAR in the Formula Opel Euroseries, with 8 pole positions and 2 victories; finishing runner up. Tom went on to compete in F3 the next year, his career including numerous WTCC victories and successful races at Le Mans. 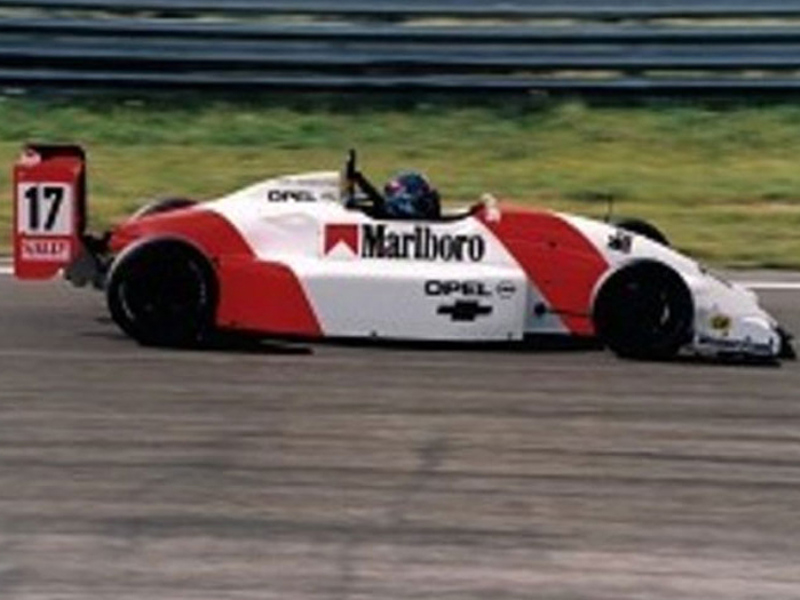 Following his British Formula Ford championship win in 1992, Vincent wanted more. He was a smart racer, winning 5 races in the Formula Opel Euroseries and won the title on track; only for it to be taken away from him off the track. Vincent was nevertheless a sought after driver, and raced in both the WTCC and BTCC. 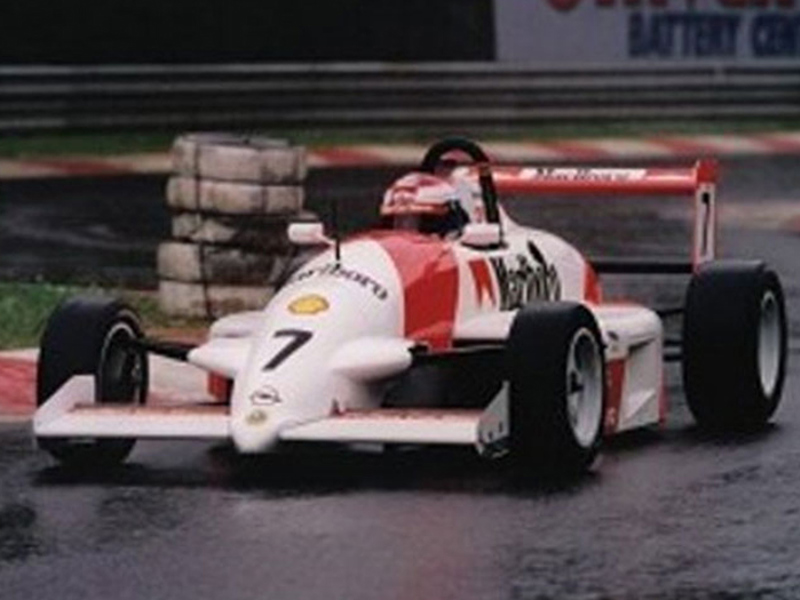 Jos needs no introduction. Following a fantastic karting career, he stepped into Formula Opel Lotus and dominated the Benelux championship in his first season with us, as well as dominating two rounds of the Euroseries. The rest of his career is well known. After winning the Formula Opel German F3 Championship in ‘93, he stepped up to Formula One where he entered 107 races and earned twice a podium finish with Benetton. 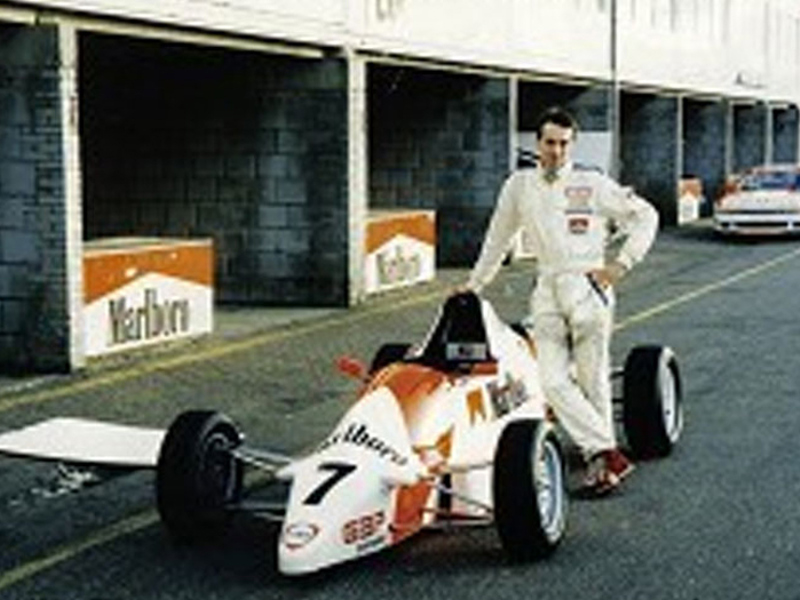 Marcel drove for us in 1989, winning the ‘89 Dutch Formula Ford championship; with the short Zandvoort track being his speciality. After driving for Jan Lammers in Formula Opel the following year, Marcel moved to F3 for the ‘91 and ‘92 seasons. Following a victory in the first race of the ‘92 season, he sadly crashed fatally at Thruxton. It was a great loss, as besides being an excellent driver, Marcel was a good friend of the team.