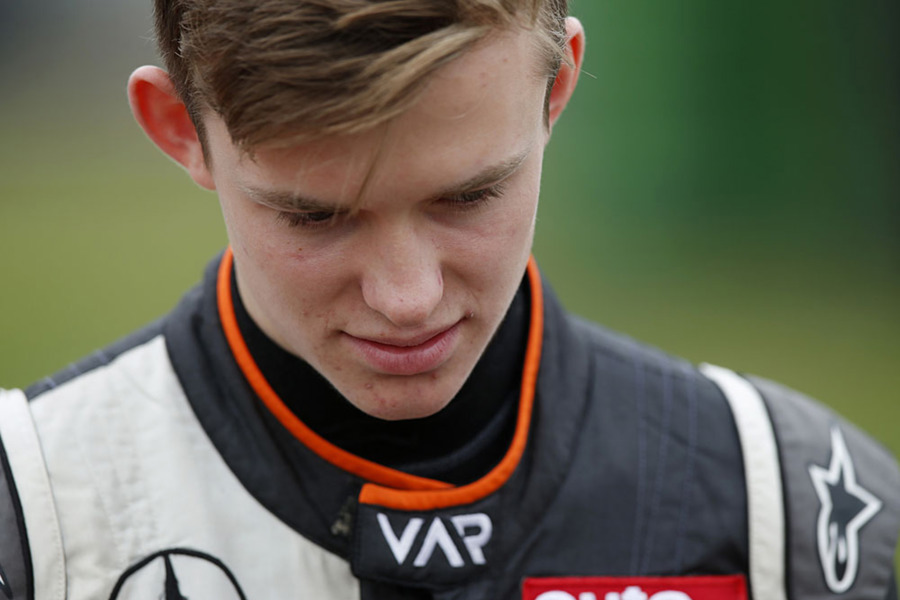 Season finale without that little bit of luck

The final round of the FIA F3 European championship showed the world how competitive this series is. At The Hockenheimring our four young guns gave all. Due to various cases of bad luck Van Amersfoort Racing did not quite get what we all wanted. The bright spot of the weekend: Anthoine Hubert sealed third place in the final standings of the Rookie championship earning a price money of 50.000 euro’s.

Like all teams and drivers we were massively motivated to end the season in a high. At the famous Hockenheimring the timing immediately showed that the differences were extremely small. A minimal margin of 0,3 second could make or break the qualifying result into third of eight on the grid. In the last qualifying the first 21 cars were within 0,9 of a second! Both Callum Ilott and Antoine Hubert qualified well within the top 10, with a third starting position for Callum in the last race as the best result.

Race 1: bad luck for Anthoine
Anthoine defended his sixth position with all he had. It looked like another healthy result for the French Rookie. But afterwards the stewards fined a 10 second penalty due to wrong positioning on the grid. This made Anthoine drop to 10th position. A touchÃ© with Mikkel Jensen worked out disastrous for Callum. His radiator got hit and he had to retire with an overheated engine in the third lap. Our Brazilian youngster Pedro Piquet dropped back after a collision with Lando Norris and ended in 16th position, while Harrison Newey finished in 15th place after 23 laps.

Race 2: Revanche for Anthoine
After some fierce battles Anthoine bounced back from the penalty, to settle for seventh in the second race. It meant he also scored a sufficient 4th place for the rookie championship. Callum turned out less fortunate. He finished in third, but his race car failed to meet the required 1kg of fuel for its post-race sample at scrutineering by only 219 gram. A rare error by us due to various reasons. Because of the high speeds the race lasted one lap longer, causing a higher fuel consumption. Also the fact that Callum did not finish the first race meant that we had less data for the fuel calculation. This case of Murphyâs Law meant Callum was stripped of his podium finish.

Race 3: Anthoine third in Rookie championship
His tenth place in the final race of the FIA F3 championship gave Antoine also a 4th position in the rookie rankings, making him third in the final standings. The French F3 newcomer was awarded with a cheque of 50.000 euro to use in a second season in the FIA F3 EC. Also Pedro and especially Harrison ended their debut in the European Formula 3 with the best performance of the weekend. Harrison gained two positions and ended in 12th accompanied by fast lap times. Callum was struck by bad luck again at Hockenheim for the third time in a row. The Briton got hit twice and retired eventually.