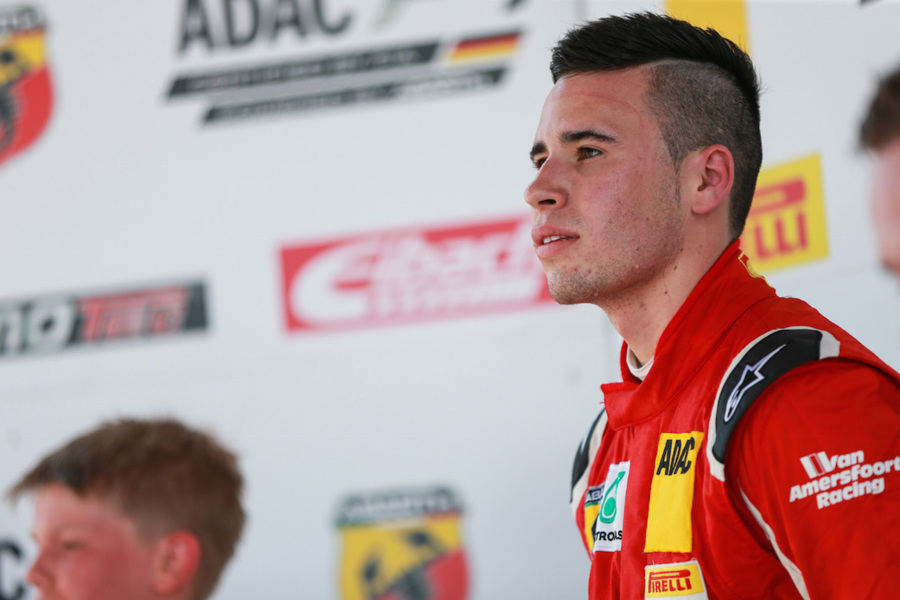 For the second consecutive season the Australian racing driver Joey Mawson is part of the Van Amersfoort Racing family. The young Aussie who finished in third place in the final standings of the 2015 German ADAC F4 championship is eager to aim high with the Dutch based outfit. During the forthcoming season, Joey Mawson (19) is supported by PODIUM, an investment company that promotes young Australian drivers in international motorsport.

During the first season of the German ADAC F4 Championship Joey Mawson battled for the championship title until the very last round. The talented young gun from Sydney won five races, including an impressive charge from seventh position on the grid to victory at the demanding Sachsenring, and stepped on the podium 11 times in the inaugural season of the Championship. The rewarding result for Joey was third place in the final standings.

Team principal Frits van Amersfoort is very happy to continue the partnership with the young Australian driver. âIt is a definite plus to have Joey in our squad again. His determination to succeed in racing is a natural fit with the approach we apply at Van Amersfoort Racing. It is effective too, because we are able to continue where Joey and our team left off last season.â

Joey Mawson is convinced that teaming up with Van Amersfoort Racing will help him to fulfill his ambition for 2016. âIt is obvious: I have some unfinished business in Germany. We were pretty close last year, but this season I have only one goal: winning the title in ADAC F4. Van Amersfoort Racing spectacularly improved their facilities over the winter, so I am glad to be part of the VAR family again. Coupled with the support of PODIUM I am lucky to have the package for success.âÂ

The 2016 ADAC F4 Championship will be battled out in eight events. The season starts within a month at the Motorsport Arena Oschersleben (15-17 April). The calendar also contains meetings at famous German tracks like the Sachsenring (29 April-1 May), Lausitzring (3-6 June), NÃ¼rburgring (5-7 August) and Hockenheimring (30 September-2 October). Joey and his opponents will also visit the Red Bull Ring in Austria (22-24 July) and the home track of VAR, Circuit Park Zandvoort in the Netherlands (19-21 August). One meeting is yet to be confirmed.

Van Amersfoort Racing is a Dutch based racing team competing in the FIA F3 European Championship and ADAC FIA Formula 4 Championship. The team was founded in 1975 by Frits van Amersfoort. Over the years it has won many national and international championships which make VAR one of the most successful racing teams in Europe. Max Verstappen, Jos Verstappen, Huub Rothengatter, Christijan Albers and Tom Coronel are a few big names in motorsport who have driven for Van Amersfoort Racing over the years.

Â PODIUM, an abbreviation for âPromoting Our Drivers In Universal Motorsportâ, is an investment company that promotes young Australian drivers in international motorsport.