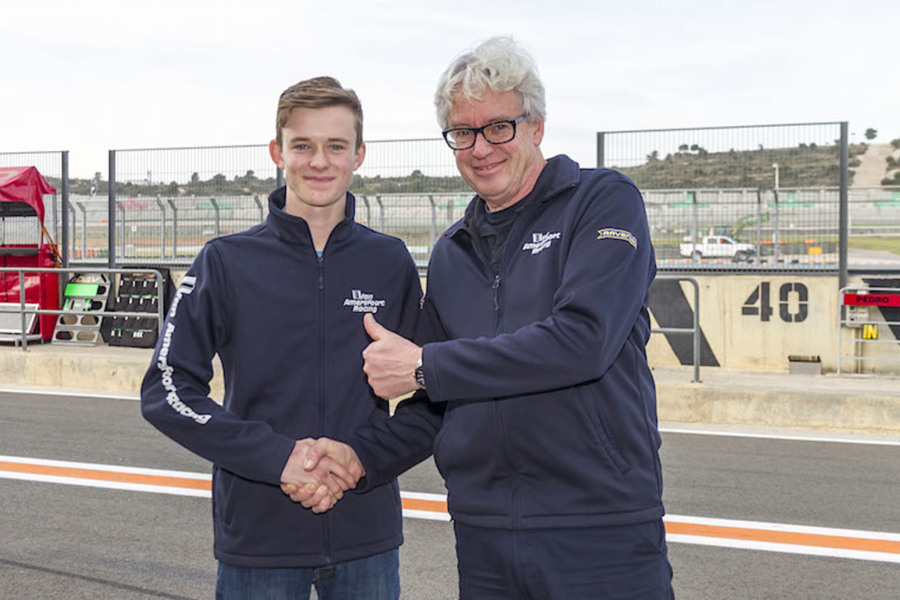 Callum is one of the most successful go kart drivers of his generation: in the KF category he won the WSK Final Cup, the WSK Super Masters Series and the CIK-FIA European Championship. The young Britain became a member of the Red Bull junior team in early 2015 and moved straight from karts into the Formula 3 European Championship.

During his maiden season in autosport Callum showed his talent in the FIA Formula 3 European Championship topping the sheets several times and collecting a series of rookie trophies. At the NÃ¼rburgring the former go karter marked his presence with his first ever podium result in F3: finishing third in the opening race. The youngster finished off 12th in the final standings after collecting 65,5 points.

âCallum was on our radar from the very first pre season test. The transition from go kart to single seater worked very well for him, despite his young ageâ, says Frits van Amersfoort, Team Principal of Van Amersfoort Racing. âHe was also the only one of 35 drivers to finish all 33 races of the championship. During the first test with us in early November Callum already showed true racing spirit. Our main goal will be to help him in his ambition to be a regular front runner during his second season in autosport.â

Callum Ilott makes this move to VAR independent of Red Bull Junior Team support and looks forward to working with the Dutch outfit. âTeaming up with VAR for 2016 is an ideal move and I have a good feeling about them. They have come close to winning the F3 Championship over the last 2 years and are pushing very hard to improve. The fact that famous F1 names are putting their sons with VAR also says a lot about the team culture.â