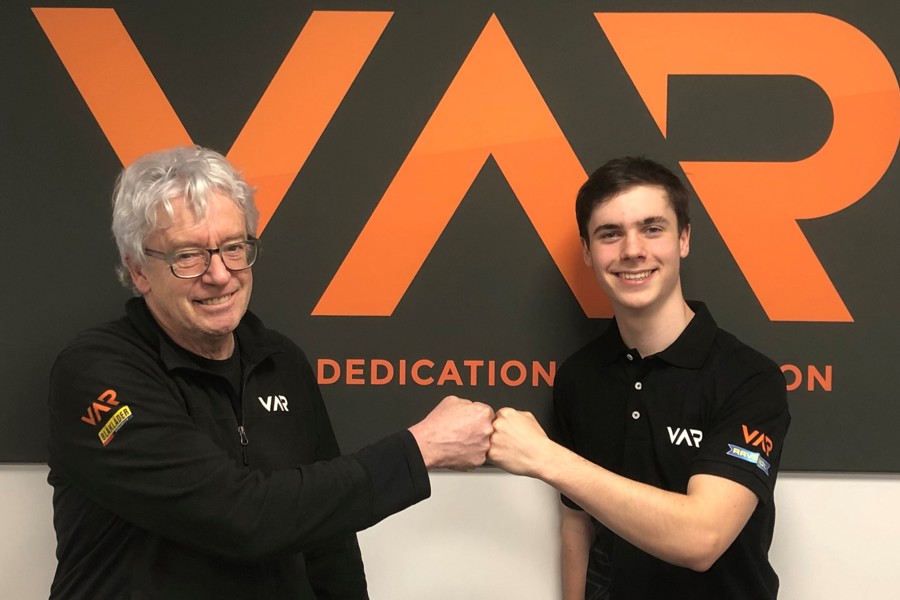 Van Amersfoort Racing is excited to announce the signing of Casper Stevenson. The 17-year-old, who resides under the smoke of Silverstone, graduates to Euroformula Open after a successful British Formula 4 campaign.

The 2020 F4 British Championship saw Stevenson collect multiple wins as well as an impressive streak of nine consecutive podium finishes. The young Briton closed the series in 3rd position and is now ready to take the leap to Euroformula Open.

As part of the 2021 season preparations, Casper tested on tracks throughout Europe, complemented by an intensive simulator training program.

The season start is approaching fast and Stevenson is clearly eager to get going. âIâm really happy to have firmed up my racing plans for 2021,â the London-born youngster admitted. âItâs exciting to be stepping up to the F3 level, especially with a team as successful as Van Amersfoort Racing. As many of the tracks are new to me, I obviously have a lot to learn. Iâm adapting well though and I feel very confident. Clearly, I look forward to the start of the season, and Iâm aiming for no less than the Rookie title!â

The Euroformula Open Championship sees an exciting start of the season as it complements F1âs third round at PortimÃ£o, Portugal. Joining Formula 1 gives the EFO competitors an opportunity to share the tarmac with those who made it to the highest level of single seater racing. Currently the EFO is confirmed to have eight rounds covering prestigious Formula One circuits throughout Europe.

Rob Niessink, CEO of Van Amersfoort Racing says: âWe are happy to re-enter the Euroformula Open Championship with Casper. It is quite a big leap from British Formula 4 racing to the competitive environment of the Euroformula Open Championship, but Casper has proven to be able to quickly adapt himself to his new surroundings. Our experience with the Dallara goes back a long way and our team will use that knowledge to support Casper to help him reach his maximum potential.â

At the time of this release, the 2021 Euroformula Open series contains 8 confirmed rounds with three races each. The championship starts on a high as part of the third Formula One round in Portugal at the beginning of May. The second round happens two weeks later at the French circuit of Paul Ricard, after which the team moves North for the third round at Spa-Francorchamps in Belgium. The half-way point is scheduled for mid-July at the Hungaroring in Hungary, followed by round five at the cathedral of speed; Monza. The penultimate round of the season is held at the Red Bull Ring in Austria, followed by the season finale at the Catalonian Circuit de Barcelona in Spain.