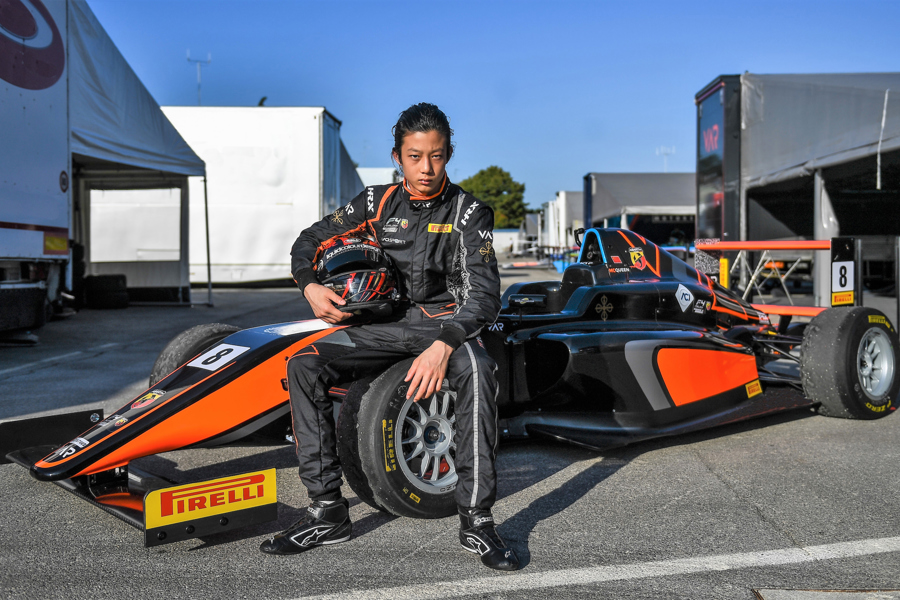 Cenyu Han, better known as McQueen, got his first go-karting experience at the early age of five years old. After this, Han spent countless hours on-track, gaining experience and competing in national races and championships. Already at the age of nine, McQueen tested in Italy and moved permanently to the home of karting one year later in 2015. Up until 2019, McQueen competed in the WSK, CIK/FIA and DKM series, collecting respectable results.

McQueen:Â âI am extremely excited about the challenge ahead! I was able to taste a bit of Italian F4 racing already, but now I feel things get real. Even though 2020 will be a year of learning, I will give it my absolute best and look forward to on-track battles. Being part of Van Amersfoort Racing obviously gives me great confidence. The team is dedicated and operates at a very professional level. They carry the same passion for racing as I do, so I canât wait to start this journey together with them!âÂ

The 15-year-old Chinese national displays a very mature attitude towards racing in all aspects, something that is valued very much by the black & orange racing squad from the Netherlands.Â

Rob Niessink, CEO at Van Amersfoort Racing:Â âWe are happy to welcome McQueen into our squad. He has proven to be very ambitious and is eager to learn. We have all the right tools in-house to support him in further growing his racing career. As we have successfully done with so many young race talents before, our staff will dedicate themselves to helping McQueen in these ever so important first steps in single seater racing. Competing in two of the toughest F4 Championships on the calendar will put McQueen up to a huge challenge, but this competitive environment will at the same time help him to increase his learning curve at a fast pace!â

The 2020 season of the ADAC Formula 4 Championship contains 7 events with 3 races each. The season started early August at the Lausitzring, after which the VAR F4 team visited the NÃ¼rburgring for round two. Next up is the Hockenheimring, followed by the NÃ¼rburgring for the second time around. Round 5 takes place at the Red Bull Ring in Austria, after which the team moves to Zandvoort, located in the dunes of the Dutch coastline. The season finale takes place at the Motorsport Arena Oschersleben early November.

Â The Italian F4 Championship also counts 7 race weekends with 3 races each. The series started at the beginning of August and runs all the way through to early December. The championship kicked off at the circuit of Misano. Next stops are Imola, the Red Bull Ring, Mugello and the historic circuit of Monza. Round 6 brings the team back to Imola for the second time around. The season finale is scheduled early December at the circuit of Vallelunga.