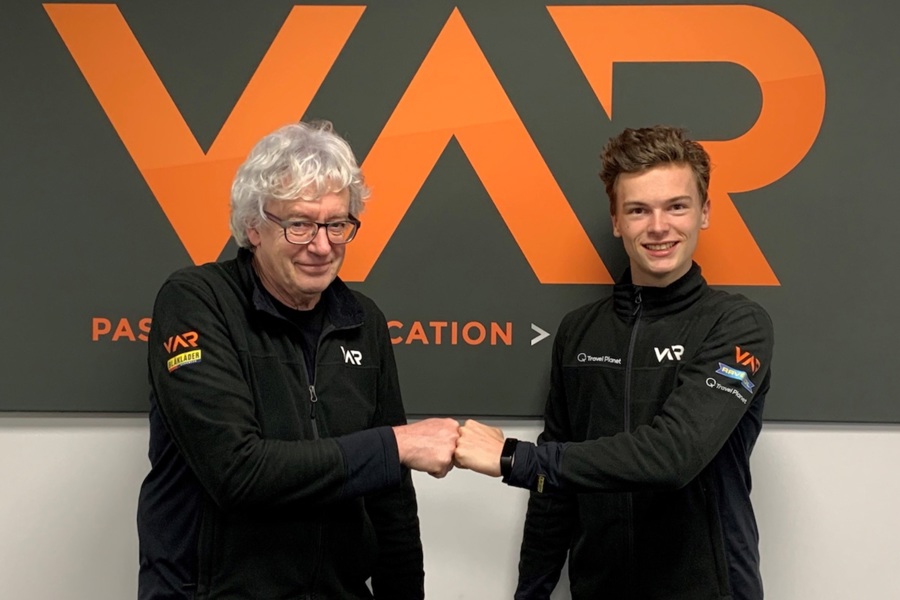 Zeewolde, February 13, 2020 – Van Amersfoort Racing is excited to announce the signing of Pierre-Louis Chovet. Together with the young Frenchman, Van Amersfoort Racing commits to the second edition of the F3 Regional European Championship, taking place over 8 rounds covering circuits in France, Italy, Hungary, Austria and Spain.

Counting 17 years-of-age today, Pierre-Louis Chovet from Avignon, France has already proven to be fast in various race categories. After winning the French Junior Karting Championship and the French X30 Karting Championship in 2017, the young Frenchman was awarded with the eligibility to compete in 3 races of the French F4 Championship. It only took Chovet till the third race-weekend at Paul Ricard to collect his first single seater victory, then at the age of fifteen. Also, as a result of his winning streak in karting, Pierre-Louis was selected to be part of a small group of four young talented race drivers to follow the driver development program at the Venturi E Academy, established by the race-winning Venturi Formula E Team.Â

The year after, Pierre-Louis competed for a full season in the French F4 Championship and, as a rookie, ended up collecting a respectable number of podium finishes including a race victory.

Having tasted F3 racing last year, Chovet is now excited to seriously attack the 2020 Formula Regional European Championship together with Van Amersfoort Racing. Pierre-Louis says:Â âVan Amersfoort Racing shares the same values as I do; Passion and Dedication. Itâs not just a tag line. When I first tested with them, you could sense this passion and dedication towards being successful in racing. I will find myself in an extremely competitive field, but I feel very comfortable knowing that the team has that same, deeply rooted goal of climbing the highest step on the podium.âÂ Chovet continues:Â âI am very thankful to my sponsors who have been and still are supporting me in realizing my dream. It is an incredible feeling to have such loyal backers who believe in me. None of this would be possible without them and is something I am very grateful for!â

Â Pierre-Louisâ talent was recognised already at an early stage when he was accepted into the FFSA Academy, also referred to as the âSchool of Championsâ. The FFSA supports a selected group of young racing talents in their journey to the higher levels of motorsport.Â

Rob Niessink, CEO of Van Amersfoort Racing says:Â âWe are very excited to have Pierre-Louis on-board for our second season in the Formula Regional European Championship. Our very late entry in the championship last year caused some challenges. For 2020 however, we are very well prepared and have a package at hand that will allow us to be competitive and fight for podiums.âÂ Rob continues:Â âPierre-Louis is a very intelligent individual with a strong competitive attitude backed by good communication skills. During the first tests he was able to give good feedback to our engineers, showing that he is a quick learner and has a good understanding of the car. Pierre-Louis is as dedicated as we are to make a difference in the championship. The whole team looks absolutely forward to kick off the season together with him!âÂ

The 2020 season of the Formula Regional European Championship contains 8 events with 3 races each. The season kick-off will be at the end of April at Paul Ricard, France. For the next three rounds, the teams move across the border to Italy; First stop will be the historical grounds of Monza. The third round of the season takes place at the circuit of Imola, followed by Vallelunga for round four of the championship. Next stop will be the Hungaroring near Budapest after which the teams continues to the Red Bull Ring in Austria for the sixth round of the series. The penultimate round finds itself at the track of Mugello, Italy. The season finale takes place at the circuit of Barcelona, Spain. (dates and locations still provisional at time of this release).