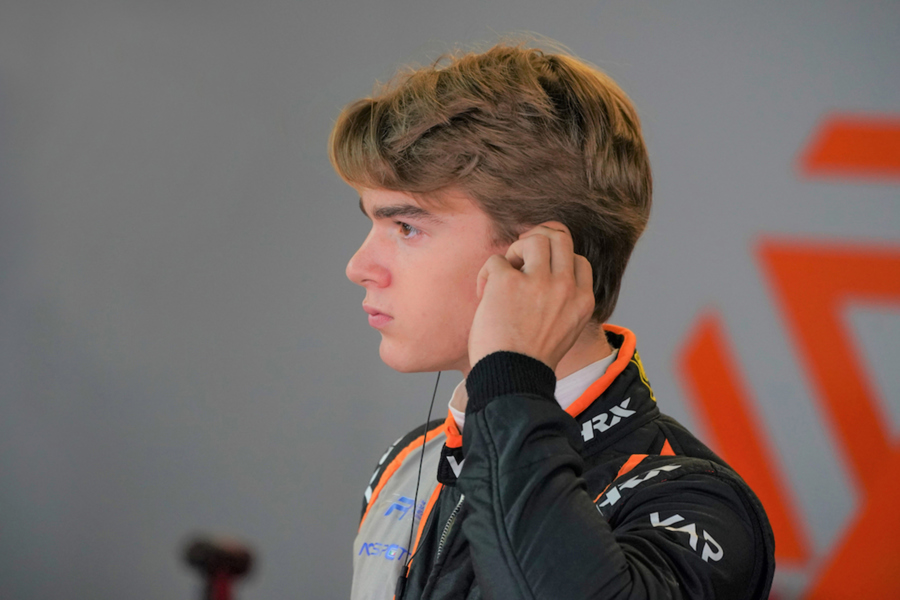 Zeewolde, February 6, 2020 – Van Amersfoort Racing is excited to announce their entry in the 2020 Euroformula Open Championship. Alexandre Bardinon, who was already competing for VAR last year, continues to race for the Dutch squad and graduates from the Formula Regional European Championship to Euroformula Open.

Last year, Alexandre completed a fruitful year of learning in the Formula Regional European Championship. The 17-year-old from Mas-du-Clos, France progressed continuously during the season, both on- and off the track. Coming from a different background than Formula racing, the young Frenchman had to cover lots of ground to get up to speed with the competition. He clearly took this task seriously and collected valuable experience throughout the season, allowing him to now leap into the Euroformula Open.

Rob Niessink, CEO of Van Amersfoort Racing:Â âAs a team, we felt the time was right to enter the EFO and we are very happy to have Alexandre on-board for this new challenge. Itâs valuable to continue with a driver into a following season since both driver and team grow close during the year. Being able to carry that momentum into a new championship will benefit us all.âÂ Niessink explains further:Â âFor Alexandre, 2019 was all about learning and that is exactly what he did. During the season he impressively matured both on- and off the track and we look forward attacking the new championship together with him. As always, we will make sure to support him on every possible level!â

The Euroformula Open Championship not only covers an impressive list of F1 circuits throughout Europe, it also hits the prestigious street-circuit of Pau, France, something Alexandre is very much looking forward to. Another highlight will be the penultimate round of the season, where EFO revives the Mediterranean Grand Prix when it strikes the historical tarmac of Enna Pergusa for the famous high-speed lap around the lake of Pergusa.

âIâm extremely excited about moving up to the F3 Euroformula Open this season.âÂ clarifies Alexandre Bardinon. The Frenchman from Mas-du-Clos says: âLast year I have learned an incredible lot in the Formula Regional European Championship and I now feel ready to go head-on into the EFO. I was hooked on the car the moment I left pitlane during my first test at the Red Bull Ring in October last year. Iâm thrilled to be doing this together with Van Amersfoort Racing. I feel very much at home at VAR and of course importantly, they know the Dallara very well. Having their knowledge and experience at hand will certainly help me to progress to the next level and be competitive!âÂ

The 2020 season of the Euroformula Open Championship contains 9 events with 2 races each. The season kicks off at the end of April at Paul Ricard. The team stays in France for the second round at the prestigious street-circuit of Pau. Round 3 of the championship takes place at yet another iconic racetrack: Spa-Francorchamps, draped over the hills of the Belgian Ardennes. After that the VAR EFO team visits the Hockenheimring in Germany, the Hungaroring near Budapest, Hungary and the Red Bull Ring in Austria. Afterwards the team moves down to Italy for round 7 at the circuit of Monza before continuing to the Autodromo Pergusa for the penultimate round of the series. The season finale takes place at the circuit of Barcelona, Spain towards the end of October.