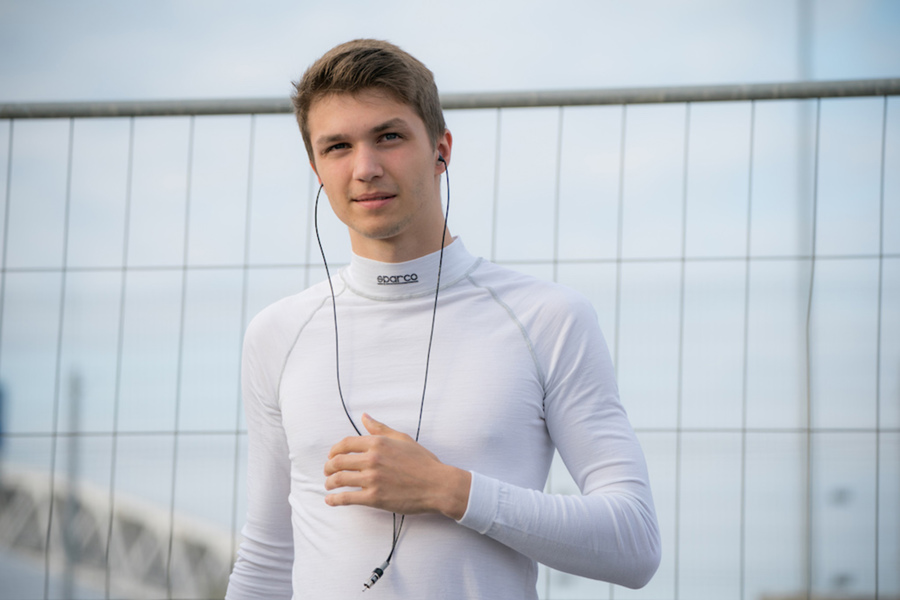 Van Amersfoort Racing is pleased to announce their final addition to their Euroformula Championship driver line-up. Andreas Estner will join his younger brother Sebastian and Frenchman Alexandre Bardinon in VAR’s maiden entry in the series.

Andreas Estner, the oldest of the two Estner brothers, returns to Van Amersfoort Racing after having participated in last yearâs FIA F3 Championship. As it was intended, due to his very last-minute entry into the series, 2019 was a learning year for the 19-year-old from Bavarian Warngau, Germany. In addition, Andreas took the wheel of one of VARâs Formula Regional cars during the seasonâs last round at Monza, nearly finishing on the podium at what was his first experience with the series and car.

This year Andreas chooses to take full advantage of EFOâs renewed package.Â âThe new regulations have turned the EFO in a very attractive championshipâÂ says Andreas, who is clearly anxious for the season to get started.Â âBesides the fact that I will have a lot of track time, more than I had in the past, the EFO car is technically very advanced. After testing, I can say that I have an absolute positive outlook towards the season. For sure I am on a learning path, but I have set my goal at no less than competing at the forefront of the field! Needless to say, I am excited to take on this challenge together with VAR. I have already successfully raced in their F4 and Formula Regional cars and it feels very good to now attack the full EFO season together with them!âÂ

Being separated in racing last year, the Estner brothers will now reunite in the 2020 Euroformula Open Championship. When asking Andreas how he feels about racing alongside his younger brother again, a grin appears;Â âI realise it is quite special to be competing together and against your brother at this level of professional single-seater racing. He might be the younger one, but I see him as full competitor who I have to beat on track. I am really excited about the fact that we both race under same flag of Van Amersfoort Racing. Being in the same team will help us both to progress even faster!â Â  Â  Â  Â  Â

VARâs CEO Rob Niessink is very positive about Andreas joining the EFO team.Â âAndreas has gathered valuable experience in multiple race categories. On top of that, we know him well and feel that he is a very good fit in the team. It is absolutely nice to see the dynamics coming from two brothers who are team-mates as much as they are competitors. It clearly motivates them to be better every time they hit the track and I see that positively rubbing off on the team. We are currently in full preparation of the race season and the crew is very excited to get this new journey officially started. We have a good, solid line-up with the Estner brothers and Alexandre Bardinon and are ready for the lights to go off for the first time at Paul Ricard end of April.âÂ

The 2020 season of the Euroformula Open Championship contains 9 events with 2 races each. The season kicks off at the end of April at Paul Ricard. The team stays in France for the second round at the prestigious street-circuit of Pau. Round 3 of the championship takes place at yet another iconic racetrack: Spa-Francorchamps, draped over the hills of the Belgian Ardennes. After that the VAR EFO team visits the Hockenheimring in Germany, the Hungaroring near Budapest, Hungary and the Red Bull Ring in Austria. Afterwards the team moves down to Italy for round 7 at the circuit of Monza before continuing to the Autodromo Pergusa for the penultimate round of the series. The season finale takes place at the circuit of Barcelona, Spain towards the end of October.