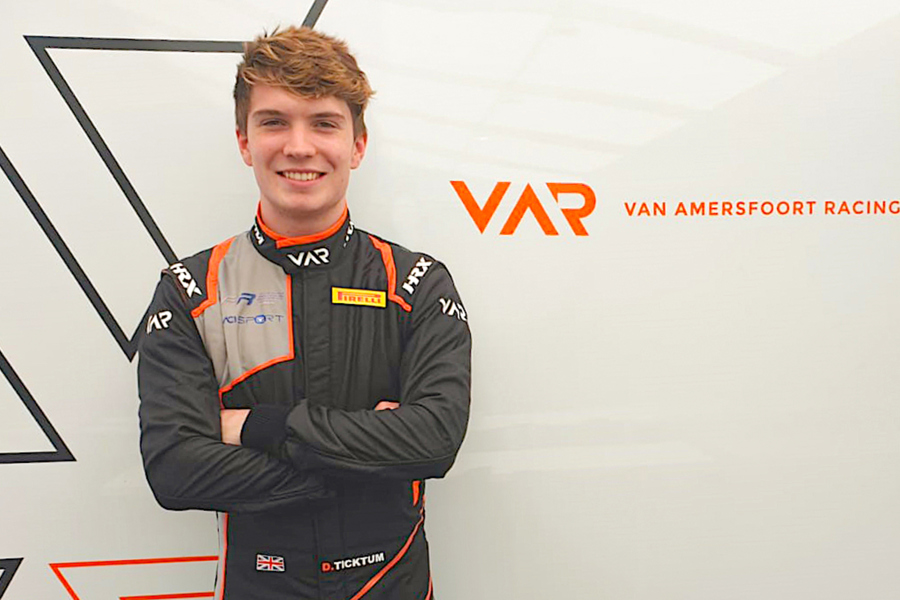 Dan Ticktum to compete for VAR in FR European Championship

Van Amersfoort Racing is excited to announce that Dan Ticktum gets behind the wheel of VAR’s third car on the grid of the FR European Championship. Dan will compete together with VAR drivers Sophia Flörsch and Alexandre Bardinon.

The 20-year-old Londoner will join the VAR squad already this weekend during the sixth round of the championship, which takes place just north of Barcelona at âCircuit de Barcelona-Catalunyaâ.Â

Dan has been away from racing for an extending period of time and now takes this opportunity as part of his âroad to Macauâ preparations. The young Brit won the prestigious Grand Prix back-to-back in 2017 & 2018 and is determined to return to the streets of Macau to complete a hat trick.

Despite not having competed for a while, Ticktum heads into this challenge with great confidence.Â âVan Amersfoort Racing had a competitive seat available in the championship and I am very excited we were able come to an agreement. The experience I will gather with both this car and championship are a calculated step in my preparations for Macauâ,Â says Ticktum.

Rob Niessink, CEO at Van Amersfoort Racing:Â âWe are very excited to have Dan on-board. He brings along a lot of experience and therefore we believe he will do well in this competitive field. Â Amongst other successes, Dan won the prestigious Macau GP twice back-to-back, which is a great showcase of what he is capable of. His on-track experience and understanding of formula racing surely will help the team to continue the strong progress weâve made so far in this new championship. In return, the whole crew has been working very hard to get everything in place for Barcelona and Dan can count on all the support he needs to be successful.â

The full 2019 season of the FR European Championship contains 8 events with 3 races each. The season kicked off on April 14thÂ at the circuit of Paul Ricard in Le Castellet, France. The second round took place at Vallelunga, Italy, after which the team travelled to the Hungaroring near Budapest, Hungary. Next stop was the Red Bull Ring in Austria. After that, the team returned to Italy to race at Imola, and now has crossed over to Barcelona, Spain for round 6 of the championship. The penultimate round takes place at the track of Mugello, Italy. The season finale is scheduled on October 20thÂ at the historical race venue of Monza, Italy.