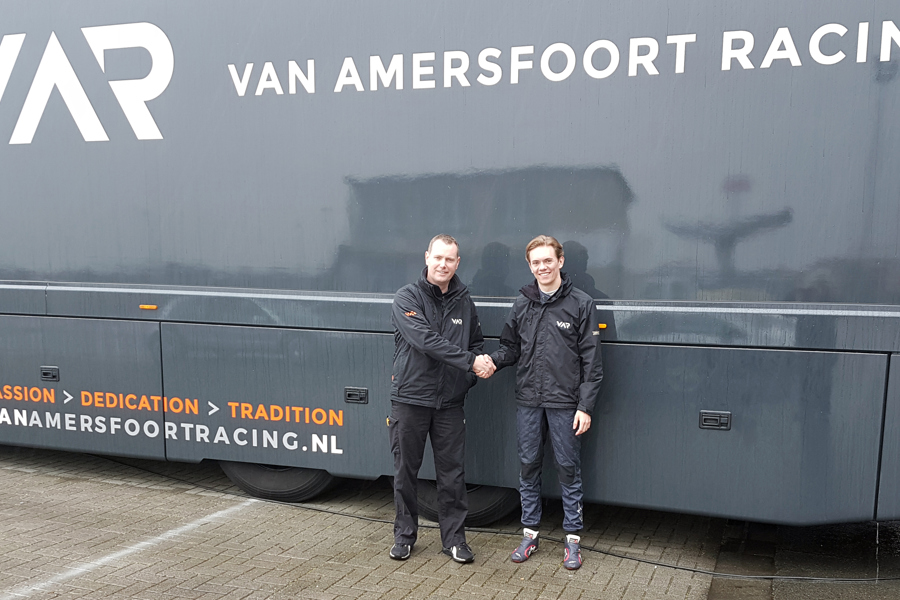 Only 15 months ago Lucas Alecco Roy was engaged full-time in equestrian sports as a talented dressage rider. In only his second season in motorsport, the 21-year old German has taken on a new challenge: the 2018 ADAC German Formula 4 Championship as a member of the Van Amersfoort Racing F4 team.

From one type of horse power into the horsepower of an ADAC Formula 4 car; Lucas Alecco Roy selected a rarely seen route into motorsports. He never competed in go karts or any other form of motorsports. Despite this lack of past experience, Lucas managed to score championship points in the British F4 Championship 2017 during his rookie season.

The route towards the 2018 ADAC Formula 4 took the young German to the United Arab Emirates for the UAE F4 Championship. With the experience of 24 races under his belt, he had 17 point-scoring results and reached 5th position in the final standings, Lucas teams up with Van Amersfoort Racing for the forthcoming European racing season.

Jeroen de Jong, team manager at Van Amersfoort Racingâs F4 team: âI have been involved in motorsport for over two decades and I cannot remember a more special career path into racing. It defines Lucasâ passion for the sport. We are going to use all our experience to help him catch up with the experienced competition. During the simulator sessions over the winter, Lucas clearly showed progress, and more important, a huge dedication to improve and learn. A promising approach which we really enjoyed.

Lucas Alecco Roy: âThe German ADAC Formula 4 Championship will be an exciting new step in my racing career. I am happy that I can team up with Van Amersfoort Racing (VAR) for my second season in motorsport. VAR is the team to race for in German F4. The experience of Jeroen and his team will be of great value in my ambition to be an even more competitive driver.â