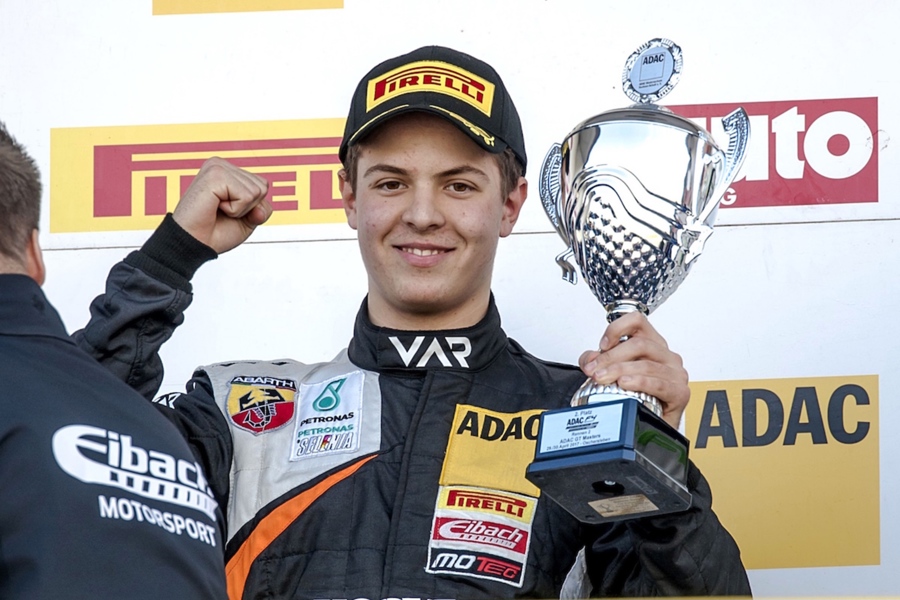 Starting off with a new F4 lap record

The speed was absolutely present for Van Amersfoort Racing at the Motorsport Arena Oschersleben. Felipe Drugovich broke the Formula 4 lap record, scored his first ever pole position in ADAC Formula 4 and was that close by scoring another pole.

For 17 year old Louis Gachot his first event with Van Amersfoort Racing started in a very special way. Due to school exams the young Briton missed out on the free practices and the qualifying sessions. He arrived Friday evening in Germany, was cleared to race by the stewards, and had to start race 1 and race 2 from last position.Â Â

In the opening race Louis worked his way up from p25 to an impressive 13th position. In the hours the Briton did his exams his Brazilian team member Felipe Drugovich (16) grabbed the pole for race 1 with a margin of almost two tenths. It was the fastest lap ever with a Formula 4 car at Oschersleben. The newcomer at VAR also set the fastest qualifying lap for race 2, but missed out the pole as he was penalized by the stewards for infringing the track limits and had to settle for second.

After a modest start and a busy first turn for Felipe. He crossed the finish line in fourth but was penalized with 30 seconds afterwards for exceeding the track limits. Kami LalibertÃ© (17) scored the first championship point for Van Amersfoort Racing in 2017 with his tenth place.

In race two Felipe bounced back with a steady performance. From the 2nd position he kept the pressure on Nicklas Nielsen and fended of the attacks by Fabio Scherer all 14 laps to claim a strong second position. Kami Laliberte scored his best result of the weekend in seventh. Unfortunately the Canadian youngster could not take advantage of his reversed grid pole start for race 3 due to missing his braking point and ending his race in the first corner.

It was a weekend of discovery for 15 year old Danish driver Fredrik Vesti, which had an impressive performance in free practice 2 (the last one before qualifying) finishing in 4th position. For the rest of the weekend, the youngster qualified and finished. With a 14th position in race 1 as the best result. Clearly there was a lot learned and things look promising for Frederik for the upcoming events.

Jeroen de Jong, team manager of the VAR Formula 4 squad: âIn terms of results this was not the start we hoped for. But the speed of all drivers was encouraging. Felipe proved fast in both qualifying and races, but was quite unfortunate. Also Kami missed out that little luck, while Louis made the most out of a weekend during which he had to start from the back twice. And also Frederik showed a lot of progress during the weekend. Results will come, that is only a matter of time.â