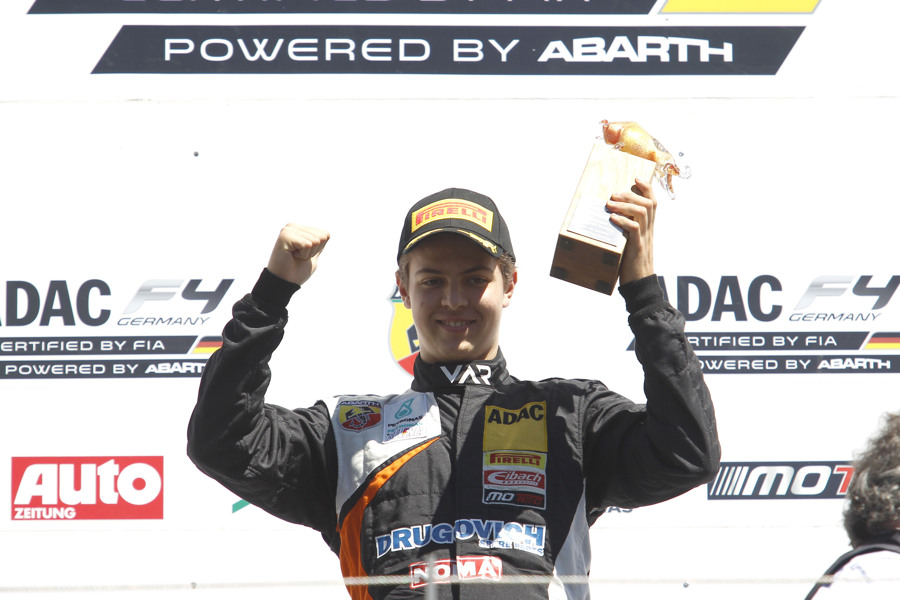 Racing in the ADAC F4 Championship at the Red Bull Ring was again extremely competitive. In that atmosphere Van Amersfoort Racing celebrated the second win of the season thanks to Brazilian Felipe Drugovich. With three cars in the top 10 of the final race, Kami Laliberte finishing 4th, good results in this third round of the championship. And more is yet to come.

No less than 27 youngsters went for the podium in Austria at the hilly circuit near Spielberg. It was not about tenths of a second this time, but about hundreds of a second. And Van Amersfoort Racing was among the quickest on track.Â

In the opening race Felipe was on course for a podium finish. From second place the Brazilian made slight contact with a fellow competitor causing a punctured to his right rear tire. After a quick pitstop he battled from dead last to P16. Kami Laliberte from Canada did a steady job finishing in fifth position.

The first safety car appearance in this race was caused by a heavy crash involving both Frederik Vesti and Louis Gachot. Louis unfortunately had to retire. Frederik was more lucky. In only 20 minutes the team members managed to change the rear wing and the left rear suspensionâ¦.On the grid! It gave our Danish rookie the chance to improve his staring position for the last race.

After his case of bad luck, Felipe bounced back on Sunday morning: with a brilliant start he went from 4th to 3rd towards the first corner, only a few corners later Felipe was in the lead. The Brazilian kept cool during the three restarts of the race and won his second race of the season in great style. Felipe is the first ADAC F4 driver this season winning twice. Kami Laliberte bagged his second top 10 finish of the weekend in seventh.

In the third and final âbattleâ of the weekend it was Kami who only just missed out the podium by finishing 4th. Also the other three drivers showed outstanding performances. Felipe managed to pass 10 cars, converting his 16th on the grid into P6. Scoring healthy points helping him to be second in the standings.

Frederik made even bigger steps forward: from p21 to P9 in 18 laps! Also Louis showed excellent racing skills: from last on the grid the Briton made up nine places, resulting in 18th spot. Encouraging performances by all four youngsters resulting in three cars within the top 10.Â

Jeroen de Jong, team manager VAR ADAC F4 squad: âOverall we can say that we had a good weekend in Austria. The victory and the way Felipe won motivates us a great deal. Repairing the car of Frederik on the grid was a true example of team spirit. And with three top 10 results in the last race, and equal important strong performances by Felipe, Frederik, Kami and Louis, give us loads of confidence for the forthcoming races.â