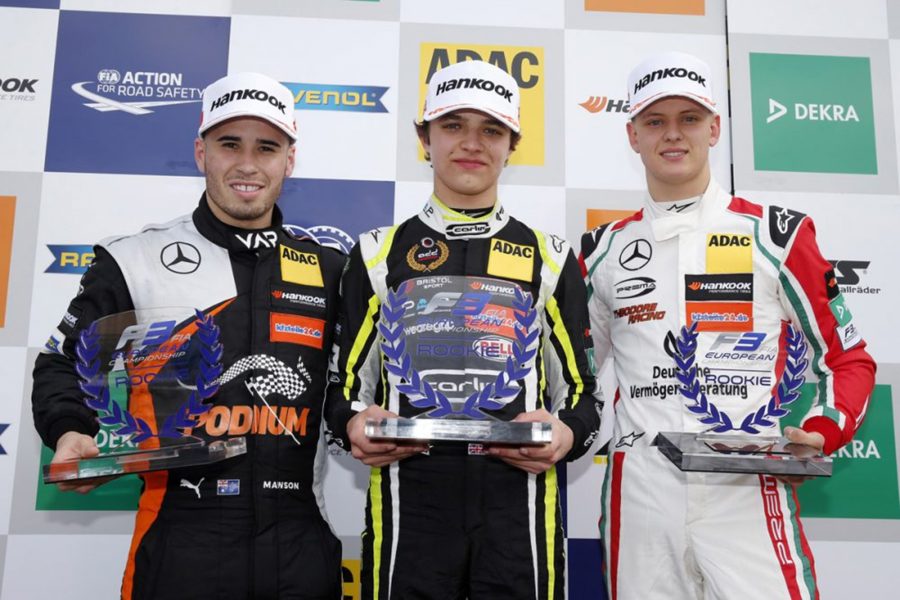 In pursuit of full potential at Silverstone

Van Amersfoort Racing bagged two Rookie podium results at the season opener of the FIA F3 European Championship at Silverstone. Together with 7 top ten results it was a glimpse of the full potential of the Van Amersfoort Racing Formula 3 team, since we did not manage to fully solve the puzzle on British soil.

In motorsport the devil is in the detail. Especially in the highly competitive European Formula 3. Despite the strong results in winter testing, the 5,981 long track near Northamptonshire gave us difficulties this weekend. We were not far off in the finesses, but not as close as we would like to be. Resulting in qualification results outside the top 10.

It was Joey Mawson, reigning German F4 champion and F3 rookie, who lead our pack at the opening race which started in the wet. The Aussie finished fifth in general and second on the Rookie podium after a start from ninth. In this first race of 2017 we had to overcome three restarts, also because Joey and our Pedro Piquet had an encounter with the Russian driver Nikita Mazepin.Â

Behind Joey it was Harrison Newey who finished in sixth after a very strong performance, since the Briton started from 16th position! Despite a collision also Pedro Piquet managed to finish well inside the top 10 in ninth position.Â

In the second race Harrison was the best performing VAR driver. The Briton made it into tenth position, bagging the final championship point, with Joey one position behind. Both the ambitions of German David Beckmann and Pedro Piquet were double crossed after receiving a drive through penalty for exceeding track limits.Â

On Sunday Van Amersfoort Racing finished the season prelude off in sunny conditions with two more podium finishes. Joey Mawson battled his way towards 8th position from 13th on the grid. It also resulted in his second Rookie podium, this time on the third step. From 16th atÂ  the start Harrison Newey completed his hattrick top 10 finish on home ground, while Pedro Piquet was just one position behind after he started from p17.Â

Rob Niessink, CEO of Van Amersfoort Racing: âIt is clear we are not satisfied with the performances of this weekend. On multiple aspects we were not spot on and despite all efforts we did not manage to close the gap entirely. But: that is racing. We are looking forward to the next race at Monza. History tells that the high speed circuit suit our cars, so we are confident that our drivers can battle for much better results in Italy.âÂ