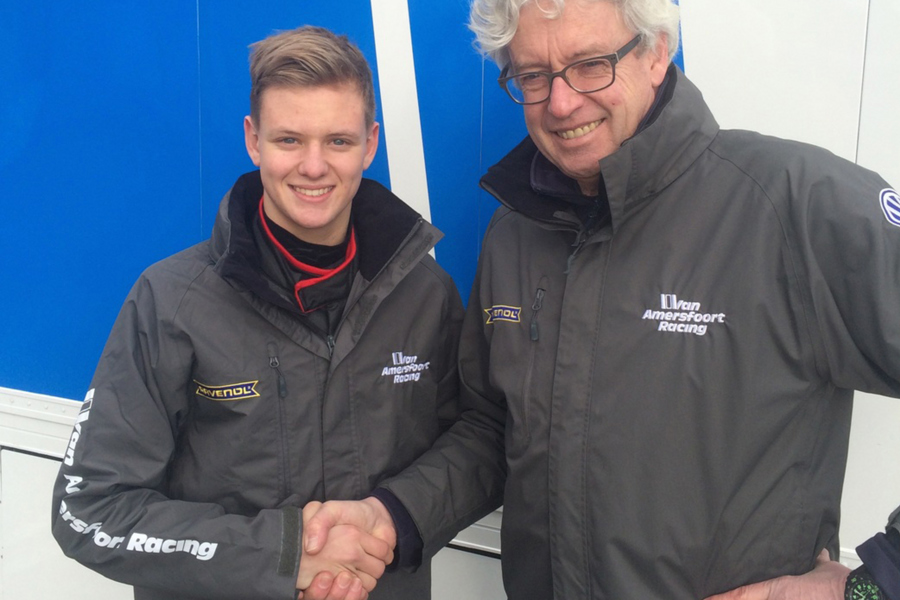 Earlier this year, Van Amersfoort Racing announced its plans to compete in this yearâs German ADAC Formula 4 series next to its FIA Formula 3 European Championship programme. Formula 4, the new single-seater category to FIA standards, aims at young drivers with a background in karting. âIn the last couple of years, it has become a tradition for us that we offer the runner-up from the German junior karting championship (DJKM) a test session in our simulator,â Frits van Amersfoort explains. âThis is handled by the DMSB, the German motorsport authority, and that is how we first got in touch with Mick Schumacher last autumn. He spent a full day in the simulator at our headquarters in The Netherlands. Then we witnessed him during a test session at Valencia and eventually, we reached an agreement to compete together in this yearâs ADAC Formula 4 series.â Negotiations with other drivers for the upcoming season are ongoing, announcements about the rest of Van Amersfoort Racingâs line-up for the 2015 ADAC Formula 4 series will be made in due course.

The 2015 ADAC Formula 4 season starts on the last weekend of April at the circuit of Oschersleben in Germany. The next two rounds are scheduled at the Red Bull Ring in Spielberg, Austria (5-7 June) and Spa-Francorchamps in the Belgian Ardennes (19-21 June), both Formula 1 circuits. The remainder of the series is run in Germany: Lausitzring (3-5 July), NÃ¼rburgring (14-16 August), Sachsenring (28-30 August), Oschersleben (11-13 September) and Hockenheim (2-4 October). Most of the races are part of the support package of the ADAC GT Masters series, the Oschersleben round in September is a meeting of the DTM touring car series. All races will be broadcast live on German TV channel SPORT1+.