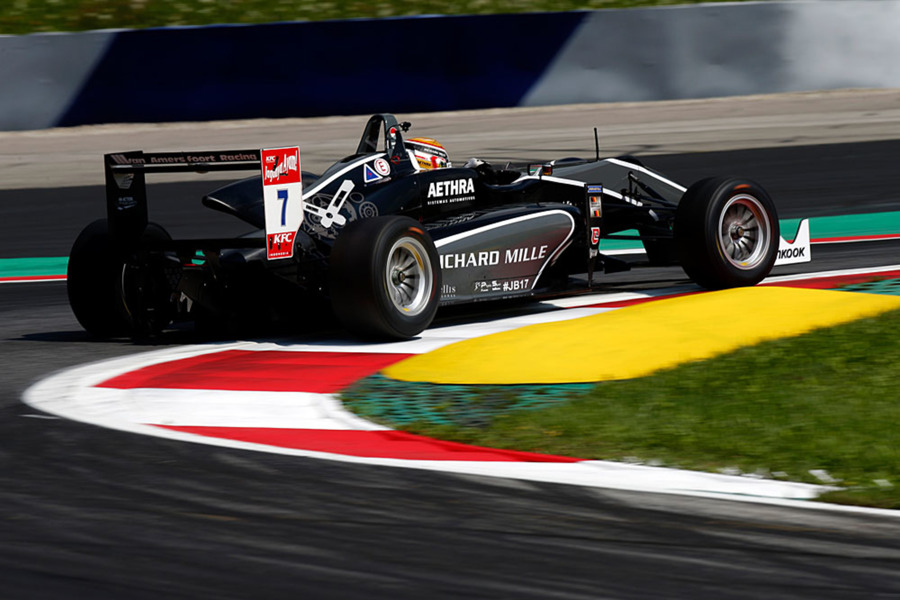 This weekend we are going to explore the unknown. For the first time in the history of the revived FIA F3 European Championship we will be racing in Portugal. Our power trio, Charles Leclerc, Alessio Lorandi and Arjun Maini, proofed to be competitive during the two official test days prior to the forthcoming weekend. So Van Amersfoort Racing is looking forward to the battle at the Autódromo Internacional do Algarve.

Every driver and every team starts this adventure at AutÃ³dromo Internacional do Algarve with only two test days under his belt. History does not count here. The race track opened its doors in November 2008 after just seven months of construction. It was developed as part of a bigger project including a karting track, an off-road park, a hotel and a sports complex and has a capacity for up to 100,000 spectators including a VIP tower with 15,000 seats.

Adapting to the new track will be the key for succes at the 4.653-kilometre circuit, which is located not far from PortimÃ£o. During the two test days all of our three drivers were among the fastest youngsters on track. Indian Arjun Maini was third fastest on the opening morning, followed directly by his Italian teammate Alessio Lorandi. Monegasque Charles Leclerc was 6th fastest in the afternoon session.

AutÃ³dromo Internacional do Algarve offeres a modern mix of high and low speed sections, making it an both enjoyable and demanding track for the drivers. Its âroller-coasterâ effect has been compared with the famous Spa-Francorchamps track. A comparison to be proud off.Â

Both Alessio, Arjun and Charles will be eager to collect as much championship points as possible. Especially Charles is determined to improve his third position in the standings after the four week summer break, since the rookie has a clear target: winning the championship.Â

Current standings prior to the 9th round of the FIA F3 EC: