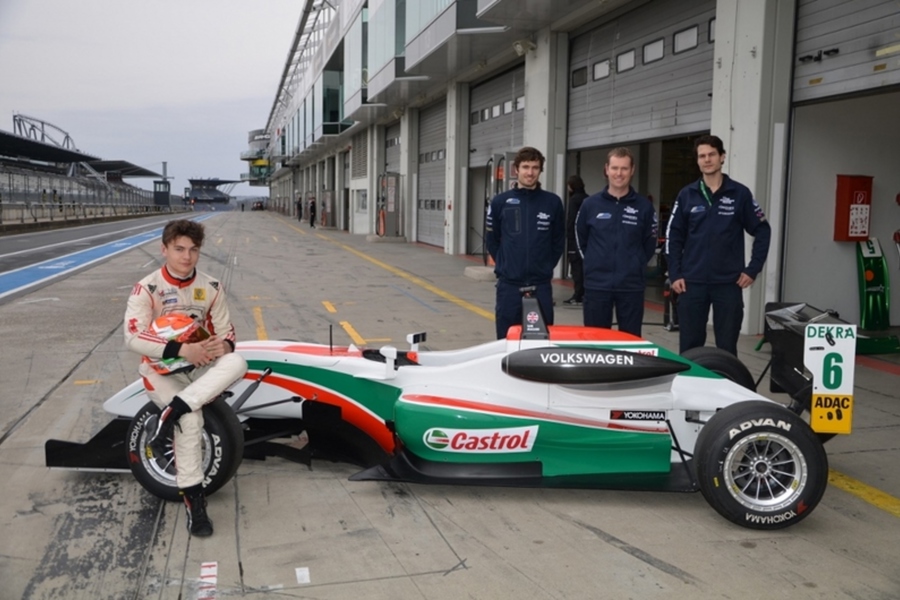 MacLeod progressed up the karting ladder from his local track at Rye House to the European KF2 Championship in 2011-12, before making the move into cars in Protyre Formula Renault in 2013. He took double pole and a maiden podium on his Renault debut and followed up with a win at the next meeting, in what was just his fourth Renault race.

âThis is only my second year in cars and some would say it is a bold move to go straight to F3, but I am confident that I will make my mark in the ATS Formula 3 Cup. I really like the F3 car and its high downforce and grip. There are some great circuits on the calendar and I want to fight at the front. It wonât be easy, but Iâm ready to meet the challenge. Last year was a great learning year for me and I learnt a lot about how to deal with situations and how to manage myself during a race weekend. I am sure that that experience will help me this year. Testing has gone well and Iâm very excited.â

MacLeod had previously tested in Formula 3 with front running Carlin and Fortec Motorsport in the UK before deciding to sign for the German championship. It will be his second full season of single-seater racing.

Team boss Frits van Amersfoort said âI am very happy to have Sam in my team, a young man from the British Isles who has shown me that he has the talent and passion to succeed. I have been in this business for a long time and the first time that I met Sam during a test I immediately got the âsmellâ that this guy is one of the good ones.

Samâs car will carry the iconic colours of Castrol, the world leading manufacturer, distributor and marketer of premium lubricating oils. âI am very proud to have Castrolâs support, and to be continuing their long and successful association with motor sportâ said Sam.

Aside from joining Van Amersfoort Racing Sam has teamed up with Binks Media, run by former motorsport broadcaster Diana Binks. âThis is another step forward in my career, âMacLeod explained. There is a lot I want to achieve, and Diana has the media experience and knowledge to help me. I am looking forward to a great partnership.â