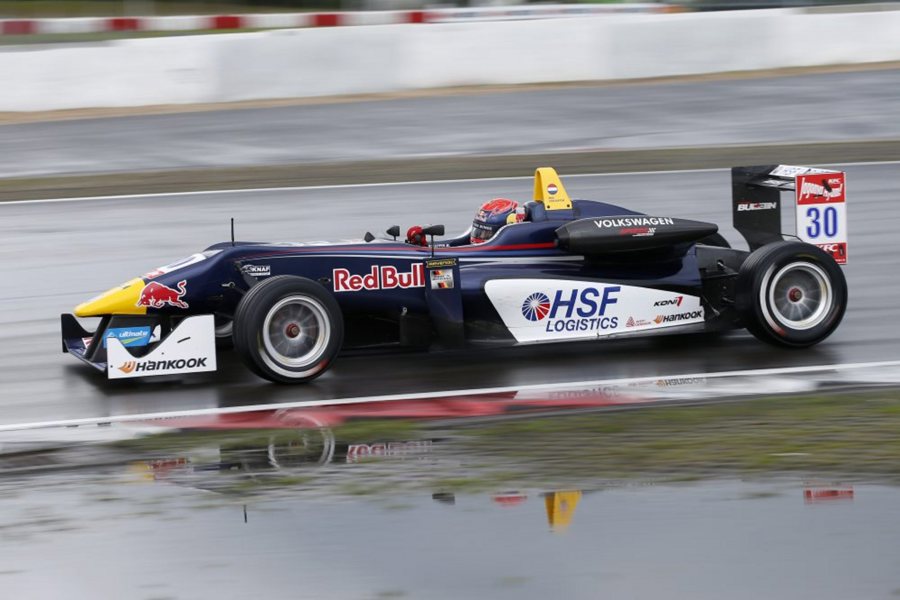 Red Bull and Max Verstappen have announced today Max is now part of the Red Bull Junior Team, the Austrian Formula 1 outfit’s driver development program. This is effective immediately and the 16-year-old Van Amersfoort Racing driver will continue his FIA Formula 3 European Championship campaign at the Nürburgring this weekend as a Red Bull Junior. The VAR team is working hard to prepare his Dallara Volkswagen for the upcoming race weekend, so he can continue to shine in his new Red Bull livery.

Max says: "Iâm very happy and I feel honoured to be part of the Red Bull Junior Team, which has successfully brought and guided many drivers into Formula 1. I will take this opportunity with both hands in order to develop and maximize my career with Red Bull."

Regarding his future Max resumes: âThe Red Bull Junior Team will give me the opportunity to extensively test in higher single seater categories such as the Formula Renault 3.5 Series. Today, I've done my first FR3.5 test at the Red Bull Ring. The outing will help us make a well thought through decision regarding my racing future."