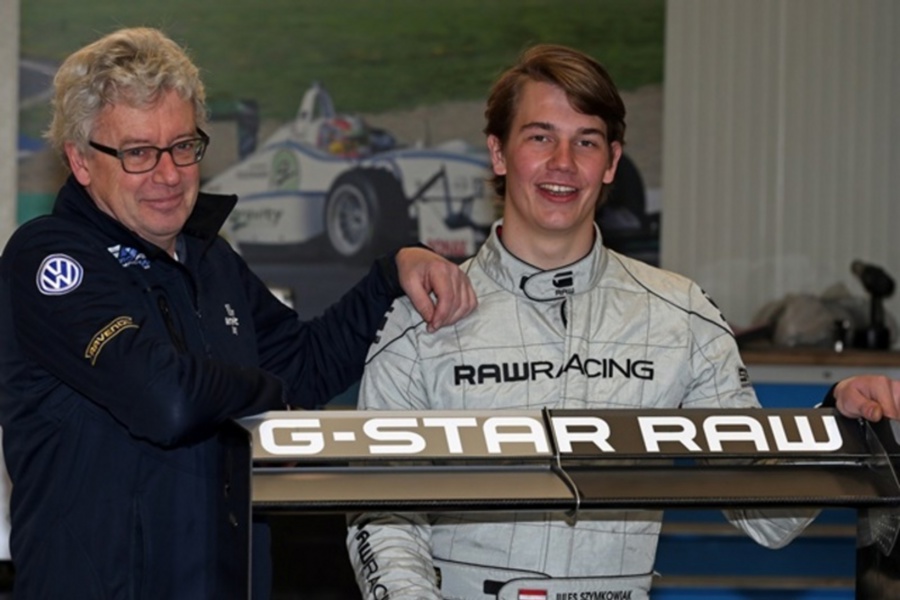 Racing driver Jules Szymkowiak from Obbicht in Limburg will also feature in the FIA European Formula 3 Championship with Van Amersfoort Racing in a Dallara-Volkswagen. The eighteen year old will make the next step in his sporting career with this move. Up to now he has gained experience in karting and in the Formula BMW Talent Cup. “I know this [Formula 3] is a big step for me, but if you don’t aim for big improvements, you will get nowhere”, says the youngster. Team owner Frits van Amersfoort is convinced of Szymkowiak’s capabilities. “He is very eager to learn and is progressing well. Our cooperation during the first days of testing was very pleasant and we are looking forward to a good season.”

Jules, born in Heerlen, has been fascinated by motorsports since he was a child. He started in motor cross while he was in primary school, but after a serious crash doctors convinced him it was not the most sensible sport. âThatâs when I chose to start with karting, it was saferâ, he laughs. Although I have to admit that I have been overenthusiastic in the kart as well sometimes and hurt myself. However, I also learned from those incidents.â Progressing through the junior- and senior divisions of the Rotax Max class in 2009 and 2010, Szymkowiak raced in the international DD2-class in 2011. He scored some good results regularly there, resulting in his transfer to manual gearbox karts in 2012. Solid performances there led to a selection for the Formula BMW Talent Cup. Four time Formula One World Champion Sebastian Vettel also got his first experience in formula single seaters in this category.

In the Talent Cup Jules won eight races, and finished on the podium twice after starting in last position after a reversed grid start. The only time he missed out on honours was at the season finale at Oschersleben. However, he did bump into Formula 3 team boss Frits van Amersfoort. Perhaps landing an F3 seat was the most significant trophy of the season. Jules Szymkowiak is supported by G-Star Raw. His racing exploits can therefore also be followed on the website rawracingteam.com.