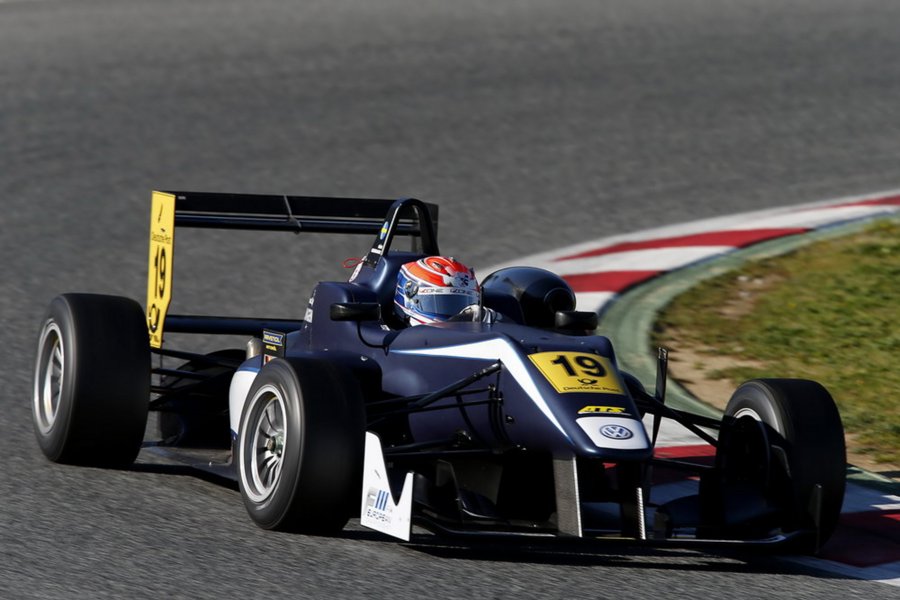 Van Amersfoort Racing are pleased to announce that Dennis van de Laar & Måns Grenhagen have signed for our assault on the 2013 FIA Formula 3 European Championship.

Dennis van de Laar will continue with the team following his successful debut season in the ATS Formel 3 Championship. The 19-year-old Dutchman is excited about the move to the European grid and keen to show his experience in his second Formula 3 season, against the toughest drivers in the category.

"It is a great challenge for me to compete against the best Formula 3 drivers in the world," he said.

"I pick up the gauntlet and have faith in good results. Last season I learned a lot and I hope I will be able to apply this experience in the European championship."

Dennis will be joined by newcomer MÃ¥ns Grenhagen, fresh off the back of an impressive season in the European F3 Open. The Swede, also 19-years-old, scored an impressive 4 wins and 9 podiums on his way to 3rd in the Championship.

MÃ¥ns, who took a year out from racing in 2011, said; "Last season I found the pleasure in racing again and I'm hungry to compete in the Formula 3 European Championship.Â

âI choose Van Amersfoort Racing because of their experience and successes in Formula 3. My goal is to continue the strong form of 2012. I want to be in top five at the end of the season.â

When asked about the challenge of a new Championship, Frits said, âWe are looking forward to the new season.

"Participation in the Formula 3 European Championship is the challenge my team was looking for after many years in Germany.

"The grid is substantial and competitive, so it's going to be a real challenge. After guest appearances in the Euro Series last season we know we can be competitive."