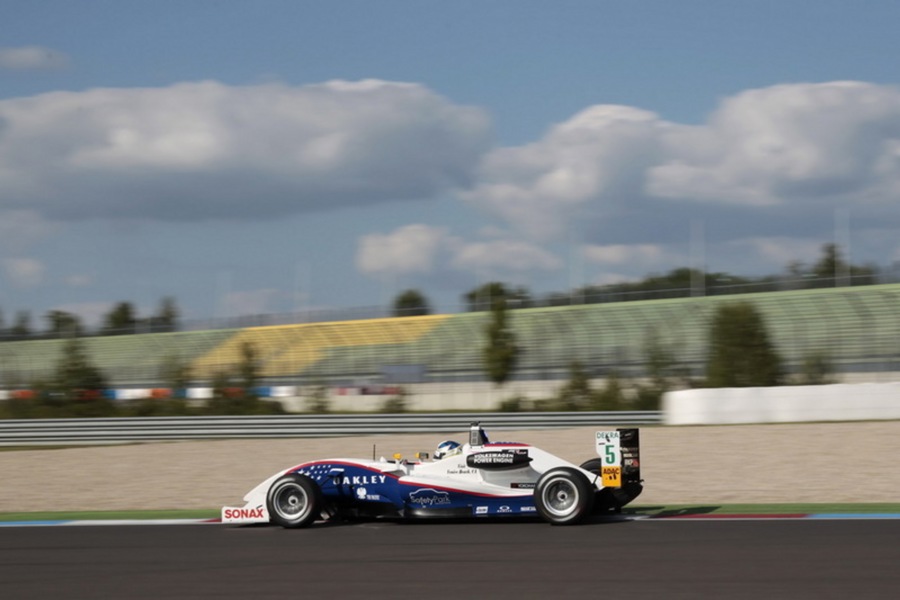 Back in the winners circle

Just before halfway the ATS Formula 3 season Gustavo Menezes managed to score his maiden F3 victory. At the Lausitzring our American Rookie fought fierce battles in the 20 minutes sprintrace, the second race of the weekend, and claimed top spot!

From fourth position Gustavo put the pressure on Sebastian Balthasar, Nabil Jeffri and John Bryant-Meisner right from the start and eventually grabbed the lead. Out on front the Californian kept his cool and took a commanding win with a 4,2 seconds lead over Austrian Thomas JÃ¤ger.

âThis victory is the outcome of serious progression that Gustavo has gone through. Just before the seasons half it is good to see that he is able to win races. Letâs hope for more strong results in the second part of the seasonâ, says team manager Frits van Amersfoort.

Gustavo Menezes: âIt is a great feeling. My team has worked really hard but we knew that we are on the right track. In the end, we did everything right. It was a tough race but I am so happy!â

After the strong results this weekend (5th/1st/4th) Gustavo has stepped up to second place in the Rookie championship. The Californian racer is currently 4th in the ATS Cup. Our Belgian driver Jordy Weckx is classified in 12th position after scoring points again at the Lausitzring.