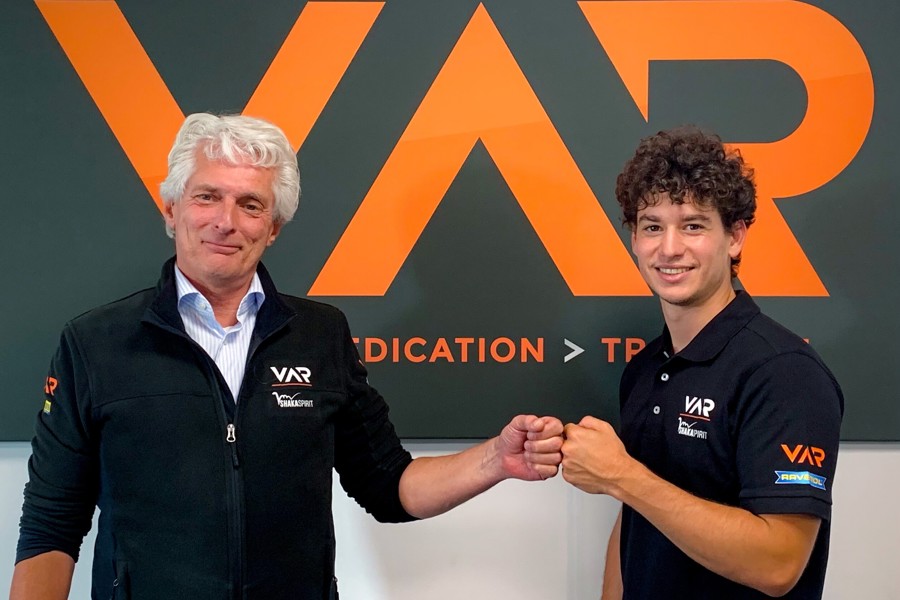 Van Amersfoort Racing is excited to announce that Cem Bolukbasi will join their EuroFormula Open squad during the 4th round of the season. Cem will compete alongside former teammates Casper Stevenson and Rafael Villagomez.

It is an understatement to say that Cemâs motorsport journey has been out-of-the-ordinary. It did however start very similar to the way race drivers traditionally start their racing careers; taking the wheel of a go-kart at a young age. Bolukbasi did so as well and first jumped in a kart when he was seven, only to start competing in national championships at the age of nine. In the years thereafter the young Turk gathered respectable results in the international karting scene.

Where karting traditionally leads to the first steps in motorsport, Bolukbasi diverted to the virtual racing world instead, immediately making name for himself. Recognised for his talent, Red Bull Racing choose Cem to represent the team during the inaugural edition of the virtual F1 Esports series in 2017. Highlight of Cemâs career as a virtual racing driver came in 2020 when he finished first in the Formula Renault Esport Series. Claiming e-racing victories, in which he competed head-to-head with real-life F1 drivers, Cem clearly proofed to be amongst the best in virtual racing.

By the time he secured his FR Esport Series Title in 2020, Bolukbasi already had made a remarkable transition to real-life racing the year prior. His motorsport debut took place in 2019 during the third round of the GT4 European Series, where he was invited to take the wheel of a BMW GT4 car at Paul Ricard and the round thereafter at Misano, where he secured a P2 finish. That same year Cem turned even more heads when he made his single seater debut during the Formula Renault Cup.

2020 saw the youngster from Istanbul successfully returning to GT racing for a full GT4 European Series Season. With multiple wins, he took P2 in the overall standings.

So far, 2021 has not been any different when it comes to impressive transitions. Not only does Cem compete once again in the GT4 European Series, but he has also raced the full Asian F3 series, as well as collecting valuable experience in ELMS.

The EFO championship hits its halfway mark in Hungary this upcoming weekend. âBesides virtually, the Hungaroring is unknown territory to me. I have spent a lot of time preparing in the simulator at Van Amersfoort Racing and even though realistic, I canât wait to hit the track next weekend!â Bolukbasi continues: âI have spent non-stop time at VAR to prepare for Hungary. Iâm learning and using the teamâs knowledge in every way I can and I feel theyâre as excited as I am to get going!â

Rob Niessink, CEO of Van Amersfoort Racing: âCem embodies a new generation of racing drivers who have it in them to successfully translate virtual racing into âthe real thingâ. Itâs a movement that, if asked a few years ago, would be considered practically impossible. It shows however how realistic the modern simulation technology is nowadays and how it can truly contribute to real-life racing. Clearly Cem has race talent, this he proofed in races he participated in so far. The team is excited to support him in his extra-ordinary journey and we all look forward to see him perform at the Hungaroring.â

At the time of this release, the 2021 EuroFormula Open series is approaching its halfway point. The full season contains 8 rounds with three races each. The championship started on a high as part of the third Formula One round in Portugal at the beginning of May. The second round took place two weeks later at the French circuit of Paul Ricard, after which the team moved North for the third round at Spa-Francorchamps in Belgium. Next up is round four at the Hungaroring in Hungary, followed by round five and six at respectively the legendary track of Imola and the Red Bull Ring. The penultimate round of the season is held at the Cathedral of Speed; Monza, followed by the season finale at the Catalonian Circuit de Barcelona in Spain.