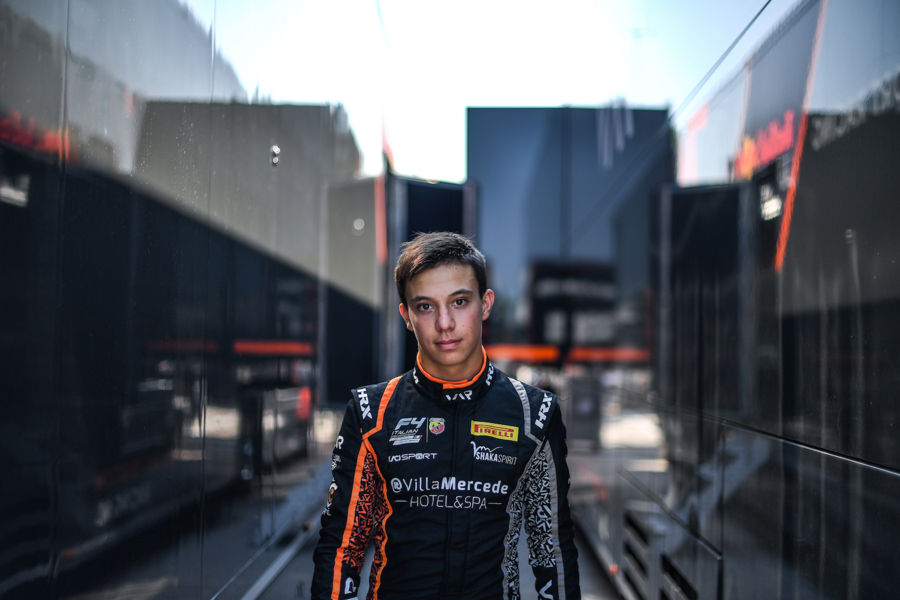 Zeewolde, February 12, 2021 – Van Amersfoort Racing is very pleased to announce the renewed signing of Francesco Pizzi. The 16-year-old from Rome will compete in the recently established Formula Regional European Championship by Alpine.

Despite the fact that the youngster from the Lazio Region in Italy does not hail from a long line of established racing drivers, Pizzi has proven over and over that he carries the skills and talent to impress on- and off the track. After clinching the UAE F4 Championship title during the early stages of 2020, which counted as his maiden single seater championship, the freshly crowned champion went on to bigger things in that same year.Â

Besides competing in selected rounds of the German F4 Championship, Francescoâs main campaign covered the Italian F4 series. Both championships are to be considered the toughest F4 programs in existence and in the midst of an extremely competitive field, Pizzi collected numerous successes, leading to finishing second in the final rankings.

After claiming the 2020 Italian F4 Vice Championship, Pizzi is clear about his journey towards reaching higher levels in motorsport;Â âAfter an incredible year of racing the toughest F4 programs out there, I am extremely stoked to continue working with VAR the upcoming season. Itâs been quite a ride last year and with the support of the team I was able to grow not only as a racing driver, but also as a person. 2020 was great, but I have all the intentions to make 2021 even better. I look forward to the new car, which is obviously quite a step up from F4, and I equally look forward to the new tracks weâll get to compete on! If all things go right, Iâll be racing the streets of Monaco, a lifelong dream! For now, Iâm in full prep-mode and canât wait for the season to start!â

Rob Niessink, CEO at Van Amersfoort Racing:Â âNeedless to say that we are extremely excited to continue to work with Francesco. We knew he had it in him to perform and he delivered throughout the season under harsh circumstances. Being able to transfer a relationship as good as the one we have with Francesco, into a new season will be beneficial in many ways for both driver and team.âÂ Rob continues:Â âThe new championship promises to be very competitive and will for sure not be a walk in the park. We believe Francesco is fully prepared to take the leap into FRECA. He can count on our full support on- and off the track and we are fully dedicated to enable him to be successful!â

The 2021 season of the Formula Regional European Championship by Alpine, which is certified by the FIA, contains 10 events holding 2 races each. The season kicks off towards the end of April at the famous circuit of Spa-Francorchamps. The next two rounds are joined events with Formula One; early May, the team visits Circuit de Barcelona for round two of the championship. For the next stop, which counts as one of the seasonâs highlights, the team shares the historical street circuit of Monaco with F1. The series then stays in France for the fourth round of the championship, scheduled at the end of May at the circuit of Paul Ricard. The fifth race event happens in the Dutch dunes of Zandvoort. Thereafter the team travels to Imola, the NÃ¼rburgring and the Red Bull Ring for respectively round six, seven and eight of the season. The last two events are hosted in Italy. The penultimate round of the championship takes place early October at Mugello, after which the team continues to the famous Monza circuit for the season finale.