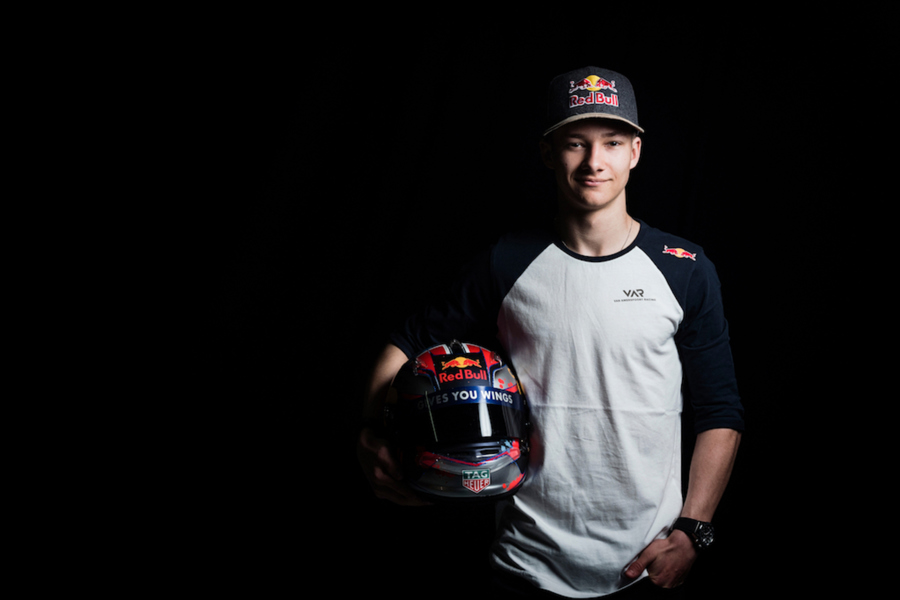 Van Amersfoort Racing proudly announces a new addition to their F4 driver line-up; Norwegian Dennis Hauger will compete for the Dutch squad of Frits van Amersfoort in both the 2019 ADAC German Formula 4 and Italian F4 Championship.

With only 15 years of age, Dennis Hauger already established an incredible track record for himself. As many great champions, the young Norwegian started racing exceptionally early, only to be very well prepared when racing was officially allowed at the age of eight.

The fifteen-year-old continued to impress during his maiden Formula 4 season in the United Kingdom. Hauger finished as runner-up in the Rookie championship, but more importantly claimed a very respectable 4thposition in the overall championship standings, including four 1stplace finishes.Â

In 2019, Dennis will make a big leap in his career by taking on the challenge of entering two of the most competitive F4 race-series simultaneously; both the German and Italian F4 Championship. Hauger is clear on his goals for this season; ending on top of the charts after the flag drops for the last time at the end of the series.

Rob Niessink, CEO at Van Amersfoort Racing: âDespite the fact that he still has to turn 16, Dennis has a level of maturity not often seen at this early stage. He clearly has already shown what he is made of and we canât wait to have our team work together with him on a great year of F4 racing. We for sure will give him all the support he needs in order to be successful!âÂ

Dennis Hauger: âEven though I know it will be anything but a walk in the park, I am very excited to take on the challenge of racing the two toughest F4 championships out there. Van Amersfoort Racing proved to be able to give me a car with which I can win races, and thatâs what I intent to do. Knowing VARâs level of in-house expertise, I look very much forward to working together, aiming for a great race season!â

The 2019 season of the ADAC Formula 4 Championship contains 7 events with 3 races each. The season kicks off on April 26that the Motorsport Arena Oschersleben. After that the VAR F4 team visits the Red Bull Ring, Hockenheimring and then make their way to Zandvoort located in the dunes of the Dutch coast line. Next stop is the NÃ¼rburgring, where after the team returns to the Hockenheimring. The season finale takes place at the Sachsenring in the last week of September (dates and locations still provisional at time of this release).