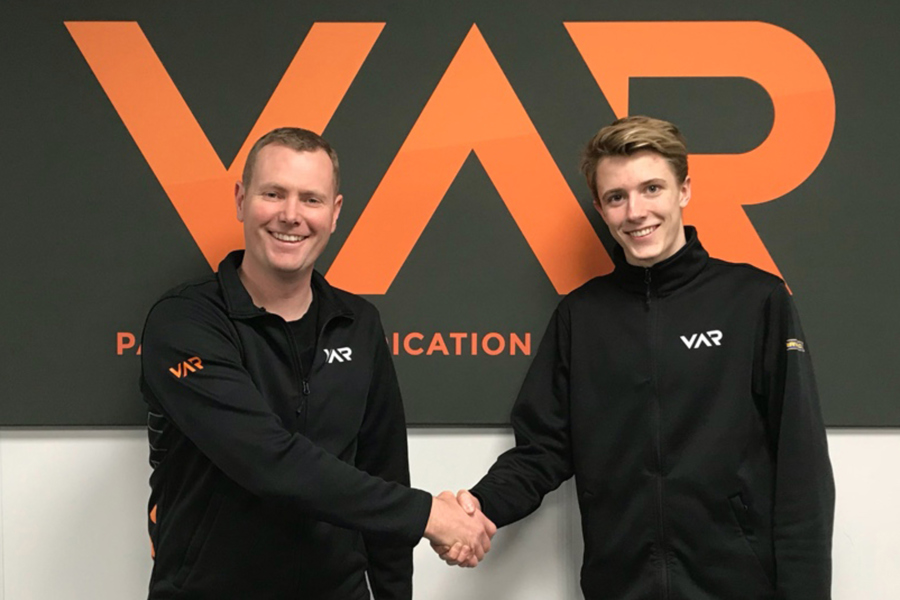 Frederik Vesti (16) from Denmark will continue his campaign in the ADAC Formula 4 Championship with Van Amersfoort Racing. Frederik stood out last season by the way the rookie made progress as part of VAR’s Formula 4 squad. Winning a race in only the fifth event of the season was a clear indication of his potential.

The then 15 year-old race driver from Denmark got on board late in the pre-season. It did not stop him from making progress from the first moment on. Frederik secured his first podium finish (3rd at Lausitzring) at his second event.

At Oschersleben, only two events later, he managed to win his first race in the ADAC Formula 4. In the final standings Frederik climbed up to 7th after securing championship points in 12 of the 21 races.

For the 2018 season, Frederik Vesti and Van Amersfoort Racing continue the collaboration. The ambition is to build on the experiences of last season, with the aim to be a front runner from the first race on.

Jeroen de Jong, team manager of the Van Amersfoort Racing F4 team: âWe are very happy to have Frederik on board again. He proved to be a fast learner last season, which resulted in promising performances during his rookie season. On top of that he is a very pleasant person to work with. We strongly believe Frederik is capable of playing an important role in the battle for the championship.â

Frederik Vesti: âIt was my wish to stay with Van Amersfoort Racing. Wishing for the best team is one thing! Finding the money to make the dream come true is quite another story. I have had tremendous support this year from Danish companies and business people on a scale that I never thought possible. It feels great to be able to continue with Jeroen and the rest of the team. The podium results last season, especially winning my first race, definitely tastes like more. My goal is to battle for the 2018 ADAC Formula 4 Championship title and to achieve this, Van Amersfoort Racing is definitely the best team to race for.â