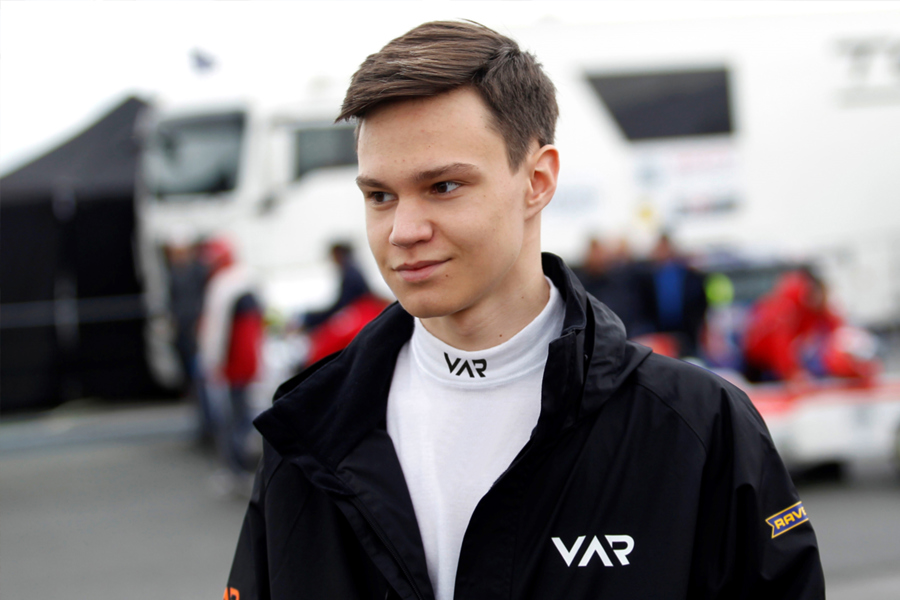 Competing for the last two seasons in the National F4 category, Artem Petrov is ready to step up to the international racing level.

Last season, the 17 year old driver fought continually in the Italian F4 Championship and took part in three rounds of the German ADAC F4 championship, finishing the season with 11 podiums and 3 victories.

Artem came to our team for the last two events of the German ADAC Formula 4 Championship, was on the podium twice and won the very last race of the season at the Hockenheimring.

In the Fall, the Saint-Petersburgh native participated in a winter test program aboard our Mercedes-Benz powered Dallaraâs and he adapted very quickly to the more powerful and overall faster Formula 3 car. During the sessions, Artem combined competitive speed with the willingness and ability to learn.

Frits van Amersfoort, founder of Van Amersfoort Racing: âIt is a pleasure to announce that Artem joins our Formula 3 squad for the 2018 season. We had him on our radar for some time. Last season he came in the team with a âBangâ, being very fast and winning one race. We believe Artem is ready for the next step and we feel his motivation to be successful at the next level. We will certainly give him our full support during his maiden F3 season.â

Artem Petrov: âI am happy that I can make the step into the FIA F3 European Championship with VAR. I felt right away at home in the team and am looking forward to enter battle together in this competitive championship with very strong drivers, who I have known since my karting days. With the many years of experience of Frits and his team behind me, I am confident that I can be competitive this forthcoming season.â

The 2018 calendar of the FIA Formula 3 European Championship notes 10 events with 3 races each. The season opens the 12th of May at the Pau street circuit in France. After that the VAR F3 team visits the Hungaroring (Hungary), the Norisring (Germany), Zandvoort (Netherlands), Spa-Francorchamps (Belgium), Silverstone (Great-Britain), Misano (Italy), the NÃ¼rburgring (Germany), the Red Bull Ring (Austria) before the season finale at the Hockenheimring in the second week of October.