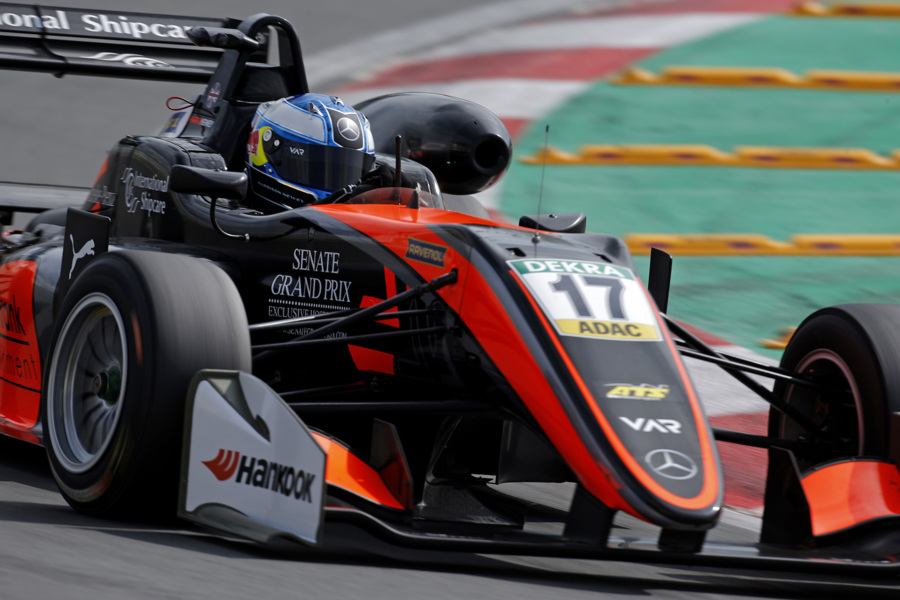 Satisfying final in the Dutch dunes

This weekend we raced the circuit where it all started for Van Amersfoort Racing in 1975. Circuit Park Zandvoort hosted the 7th round of the FIA European Formula 3 championship. After a tough start in the dunes the result at the end was satisfying: two Rookie podium trophies, a fourth place and all three drivers scoring healthy point in the final race.

An odd luxury: in a bit more than an hour we drove from our headquarters to the venue. Circuit Park Zandvoort is something special. Not only because it is situated between the dunes of the North Sea, but also because it is a very technical circuit.

In the battle against the chrono our three drivers found some difficulties to merge the fastest sector times into one hot lap. Pedro Piquet was our fastest man in Q1 and Q3 with p11 and p9, Harrison Newey led our squad in Q2 with p9.

Brazilian Pedro proved awake at the restart of race 1, boosting him into seventh place after he started from 11th on the grid. A satisfying result knowing that passing at Zandvoort is very difficult. Harrison, who passed his school exams in the week before, battled for the last championship point with succes.

After grid penalties for infringements under yellow Harrison was promoted to 5th on the grid (in stead of p9) for race 2. The Briton accepted this present with pleasure. He conquered fourth place with an excellent start and kept this position until the flag dropped. Joey Mawson and Pedro had a race accident which unfortunately forced Pedro to retire. The Australian F3 newcomer received the bronze trophy being third at the rookies.

In the final race on Sunday all three drivers were on top of their game. Pedro managed to win three positions, Harrison and Joey even won four places. The result was evident: p6 (Pedro), p7 (Harrison) and p9 (Joey). Our Australian rookie again was invited for the rookie podium ceremony: this time Joey received the trophy for the second best F3 newcomer. Â

Rob Niessink, CEO of Van Amersfoort Racing: âRacing at Zandvoort is also about getting the maximum out of the downforce of the car. In combination with the technical lay out and relatively short straight, it makes this track very demanding for the drivers. After modest results in qualifying Harrison, Joey and Pedro showed their qualities in the races. The triple top 10 result in the last race on Sunday gave an satisfying end to our home event.â