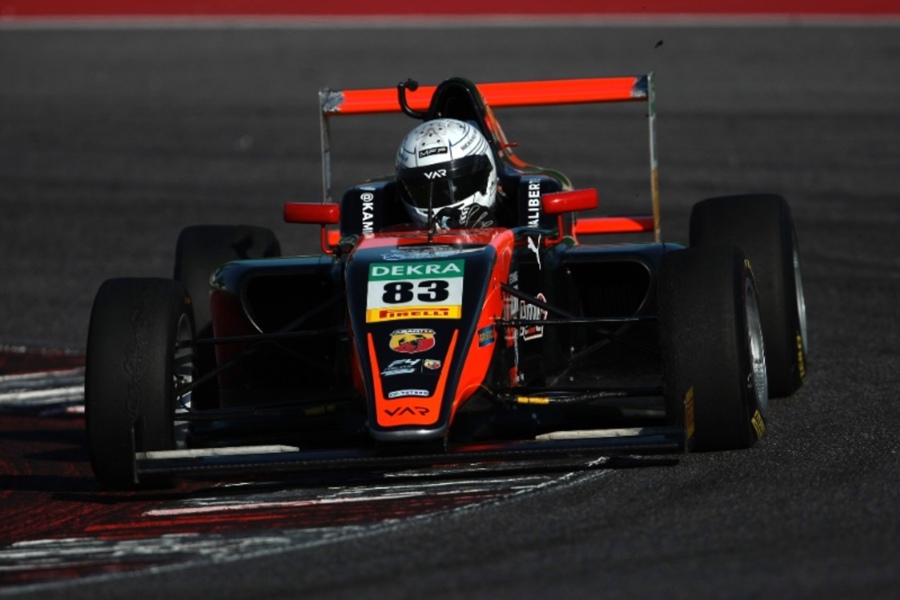 Misano/Zeewolde, 2 April 2017 - A new chapter in our history kicked off in Italy. For the first time in over 40 years in motorsport Van Amersfoort Racing takes part in an Italian championship. With three young guns we raced the first round of the Formula 4 Italian Championship powered by Abarth. Despite the lack of track knowledge our power trio, Felipe, Kami and Louis managed to leave their mark at the Misano track.

The testing days for the Formula 4 Italian Championship with the a tests for the ADAC F4 championship. So we arrived completely blank at the Misano track near Rimini. We had to learn the Formula 1 way: using our experience and learning by doing from the first track time on. A nice challenge for all of us!Â

In retrospective we can say it worked out well. In the last race we battled for the victory after a strong performance of our Formula 4 rookie Felipe Drugovich. The young Brazilian made a strong start from P5 and was in the race for the win, but received a 5 second time penalty after the race for exceeding track limits. It dropped him from second to fourth position. But really important was the speed.

In the second race on Saturday it was Canadian Kami LalibertÃ© who converted his progress over last season in a stunning performance from P13 to P5. At the track of 4226 metres he led the Van Amersfoort Racing train with Felipe just behind him and Briton Formula 4 rookie Louis Gachot in 17th.Â

Louis made a strong racing debut in his first event with Van Amersfoort Racing. He found his speedÂ  and could have scored even better results without being struck by bad luck. In the opening race he had to visit the pits due to a puncture. Also Felipe was forced to take a pitstop in this race due to a puncture. In both pit stops our mechanics did an excellent job. In the third race the front wing of Louis got damaged after a incautious maneuver by a fellow competitor.

âWe felt very welcome in Italy. The promotor told us they are proud to have the reigning ADAC Formula 4 champion squad in their series. For us it was a exciting weekend. All was new, and it was the first event of the 2017 season. I immediately saw it was the right choice to race the Formula 4 Italian Championship. Racing is the best way to shape the talents of Felipe, Kami and Louis: real qualifying, real starts, real racing. And looking at the data: we have the speed to be in front. And thatâs very encouragingâ, says Van Amersfoort Racing Formula 4 team manager Jeroen de Jong.