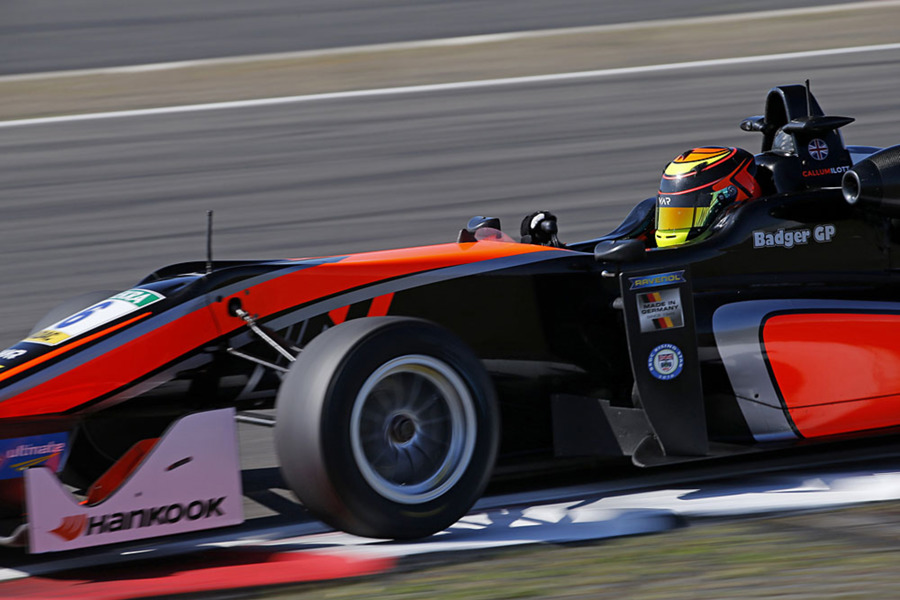 Maximizing possibilities at the Ring

After a short summer break the European FIA F3 championship took us to the Nurburgring. At the famous Eiffel track Briton Callum Ilott scored decent points in all three races, bringing him closer to third place in the championship. Rookie Anthoine Hubert also entered the top 10 every occasion, keeping him the runner up in the Rookie championship. In race 2 Pedro Piquet converted his talent into his fifth point scoring result of the season.

We were racing the âKurzanbindungâ version of the Nurburgring. This layout is not particularly suited for overtaking, so being up front in qualifying is crucial to go for podium results. During the two sessions our drivers proved fast, but they missed the speed to battle for the front row. Despite the fact that Callum proved the potential of our cars by setting the pole in the first free practice.

In a race without much excitement Callum was one of the few drivers who made the show. From eight place he battled his way into 5th and then started a inspiring duel for fourth place with Nick Cassidy. For almost the whole race the Briton looked for the opportunity, but eventually had to settle for fifth with a margin of less than half a second. Callum definitively deserved more. Anthoine Hubert also managed to bring home yet another the top 10 result. His 13th of the season, and that is not bad luck at all.

Harrison Newey missed out 10th place by 0,4 second. Otherwise all of our four F3 aces would have finished inside the top 10. Anthoine came out as the winner of a little scrimmage in the âAnslussâ corner. Staying out of trouble warped him into 5th after he overtook one opponent at the start and in the run for the first corner. That was also the moment were Callum lost some positions. But the Briton showed character by finishing seventh after dropping outside the top 10. Pedro got reward for his impressive pace; the Brazilian scored points for the fifth time this season by finishing 9th. Excellent!

The last encounter was a perfect example of why the start is incredibly important in F3. Callum used his sharp reflexes to gain two positions after the lights went out. After the run for the first corner the race settled. Except the battle for the final championship points. Harrison had a go for 10th position and could not avoid pushing Ralf Aron. It gave Anthoine the chance to jump to ninth, marking his fifth point scoring finish in a row. After his fourth place Callum is now definitively in the race for the third place in the championship. The margin is only four points.