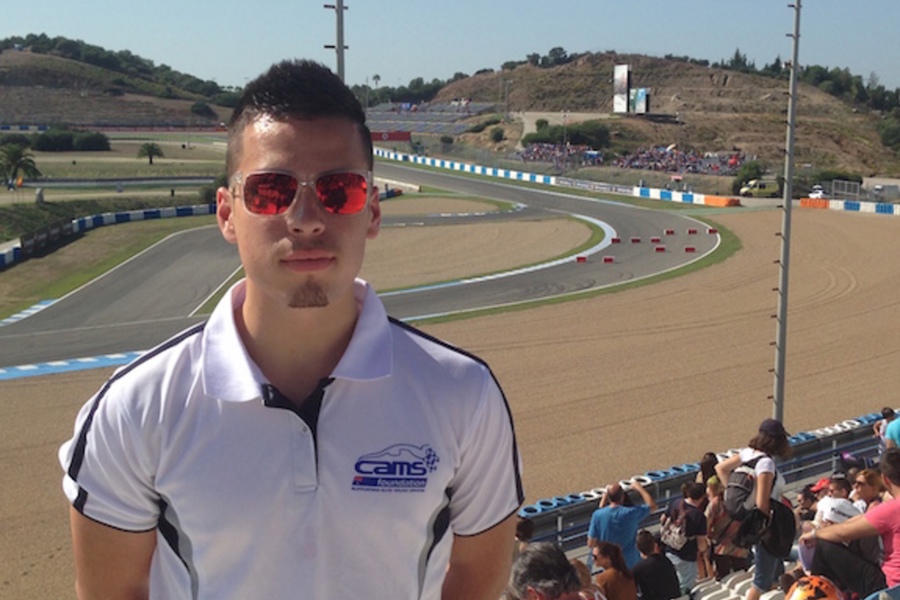 Racing team Van Amersfoort Racing, based in the Netherlands, is happy to present Joey Mawson (18) as their first ever Australian driver. The talented racer from Sydney will take part in the forthcoming new 2015 German ADAC F4 Championship with the support of the Confederation of Australian Motor Sport Foundation (CAMS Foundation).

Joey Mawson stood out in karting at an early age. He won three Australian championships and finished second in the Rotax Junior Max World Championships, before moving to Europe to boost his racing career.

Joey impressed in his single seater rookie season by securing 8 podium finishes, including 3 wins, 3 pole positions and 3 fastest lap times in the French F4 championship 2014. Despite missing the last 3 races due to issues with his car, Joey ended 4th in the final championship standings in his first autosport season.

âIt is an honor to be entrusted with the task to develop one of the biggest racing talents from Australiaâ, says team owner Frits van Amersfoort. âJoey stood out last season by his natural pace and his continuous drive to be the best. We are determined to support him to fulfill his dream of reaching the highest level in autosport.â

Van Amersfoort Racing has a history of almost 40 years in supporting up-and-coming drivers on their way to higher levels. The youngest example is Max Verstappen, who is to make his debut in Formula 1 this weekend after racing with the Dutch team last season. Also drivers like Jos Verstappen, Christijan Albers, Giedo van der Garde and Huub Rothengatter made their way into Formula 1 via Van Amersfoort Racing.

Joey Mawson: âI am looking forward to the exciting sporting challenge that awaits me. The new ADAC F4 Championship promises to be very competitive. Backed by the experienced team of Van Amersfoort Racing I am confident that we have the package to be successful this season.â

In order to be fully prepared Joey Mawson will run an extensive testing program with Van Amersfoort Racing to learn about the car and become familiar with his new team. The season of the debuting German ADAC F4 Championship kicks off in the last week of April at Motorsport Arena Oschersleben. The calendar also contains meetings at the Formula 1 circuits Red Bull Ring in Austria and Spa-Francorchamps in Belgium.Â