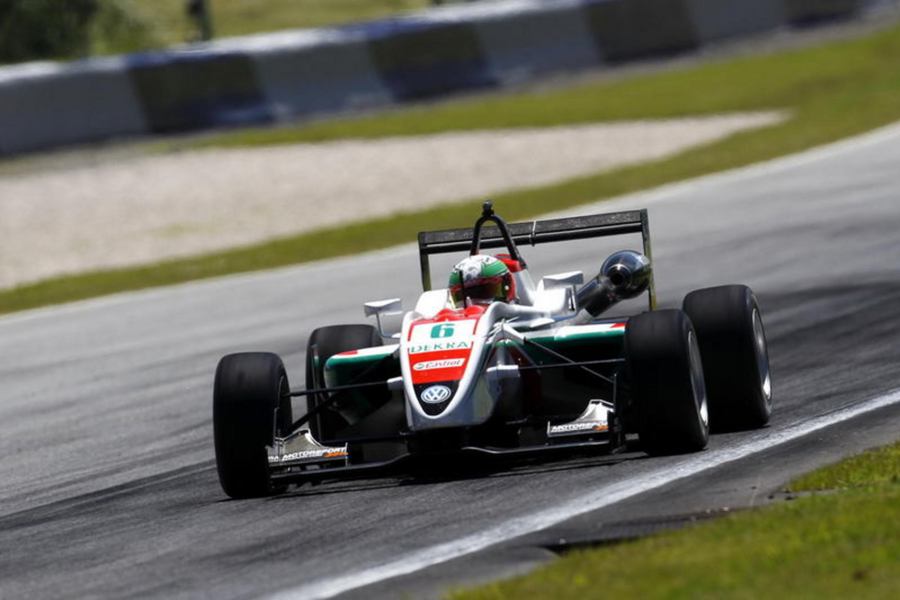 It has been a couple of busy weeks for the ATS Formula 3 Team of Van Amersfoort Racing. A double header at the Austrian Red Bull Ring and then Hockenheimring the following weekend meant a lot of racing. Sam MacLeod claimed a deserved win in the sprint race at Hockenheim while Weiron Tan got decent points in both weekend even though the podium just eluded him.

The weekend at the Red Bull Ring was a difficult one in general for the Van Amersfoort team. Both Sam and Weiron impressed in qualifying, setting the second and third fastest times respectively. They could not quite convert their speed into results in the races however. Sam was penalised with ta drive through for a jump start in the first race and for track limits in all races. That made the Red Bull Ring a weekend to forget for the young Briton. Tan unfortunately did not finish in race one but recovered with a battling fightback in race two to come from P10 to P4. His last race saw him take fourth again for good points.

No rest for the wicked, so straight on to Hockenheim for round four. There, qualifying speed was not quite like in Austria, but the results in the races were better. Sam suffered another drive through penalty in race one, after which he still fought himself back to seventh. Good that he did because it meant starting from P2 in race two. Weiron steadily drove from a P6 starting berth to another fourth. Sam then duly converted his front row grid position into a comfortable win after overtaking the pole sitter at the start. Weiron was in third for a long period of the race but just dropped into fourth in the closing stages. The last race of the weekend saw Sam finish in fourth and Weiron eighth. It was a shame for the Malaysian because a collision that was not fault of his own caused a puncture, ruining his race.

The ATS Formula 3 cup continues after the summer break in August with a race weekend at the iconic NÃ¼rburgring. Sam is bullish about the second half of the season, quoted after race two at Hockenheim: âwe had a bit of a break from being up here on the podium. Now it is nice to get in the lead, to have a quick start, build up a gap, and it was easy to control the race from there. So we will do a bit better in the qualifying next time and we will do this more often this year.â The team at VAR would love nothing more, starting at the Masters of Zandvoort on July 6thÂ 2014.