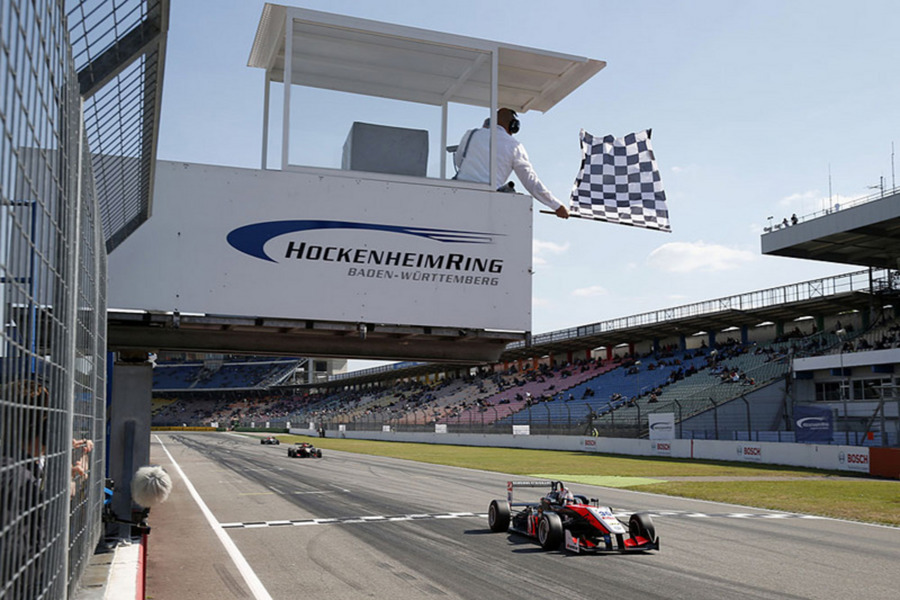 An otherwise extremely difficult weekend was given silver linings when Max Verstappen won his first FIA F3 European Championship race at Hockenheim. It was also the first victory for Van Amersfoort Racing, in their second season in the championship. Gustavo Menezes managed his first points finish and Jules Szymkowiak got a third place rookie trophy as well.

The weekend began badly when race one saw both Max and Jules eliminate themselves and their entire front left corners. Gustavo spun in the opening laps meaning he came in for a new nose but had to start over at the back of the pack. Quick repairs by the teamâs mechanics saw all three cars ready for qualifying and with just reward. Max took a double pole position after Tom Blomqvistâs (Carlin) engine change saw him suffer a ten place grid penalty. Gustavo and Jules qualified 15thÂ and 16thÂ respectively.

The second race on Sunday quickly turned into a disaster when electronic problems prevented Max from even reaching the grid. It was a huge disappointment for the young Dutchman as his chances from pole evaporated. Gustavo and Jules ran good races and both gained positions only to lose them in the final lap. Fortunately Jules still did enough to earn a third place in the rookie standings.

All came good in the final race of the weekend however. Maxâs electronics system was completely overhauled and repaired in time for race three. A strong lights to flag victory was the sweet result. Gustavo fought up from P16 on the grid to the ninth to score his first points and Jules finished 16thÂ after being in last position at one point.

This result leaves the team in good spirits for next weekend in Pau, not least now race winner Max. âIt is great and I am extremely happy. After I didnât make it to the finish in the first race and couldnât start in the second race due to a technical problem, I wanted to score points no matter what. Many thanks to my team that managed to repair my car in time after the problems in the second race.â

The next FIA European F3 event is in Pau, starting on Friday the 9thÂ until Sunday the 11thÂ of May.